I first saw The Chain on Steve Cavanagh’s Facebook page and as a huge fan of his books, I figured if he was saying he’d never read a better thriller than this one, I had an inkling I’d like it too. Like doesn’t come close to how I feel about this book. Not at all.

It is wicked, appalling, and so far outside the parameters of the typical psychological thriller it needs its own genre.

VICTIM.
SURVIVOR.
ABDUCTOR.
CRIMINAL.
YOU WILL BECOME EACH ONE.

A STRANGER HAS KIDNAPPED YOUR CHILD.

TO FREE THEM YOU MUST ABDUCT SOMEONE ELSE’S CHILD.

YOUR CHILD WILL BE RELEASED WHEN YOUR VICTIM’S PARENTS KIDNAP ANOTHER CHILD.

IF ANY OF THESE THINGS DON’T HAPPEN:
YOUR CHILD WILL BE KILLED.

YOU ARE NOW PART OF THE CHAIN

Let’s start by saying I have four children.

I cannot begin to imagine what I’d do in this situation. I mean, obviously I’d do anything to get my child back but could I kill another child? ARGH!

You can’t begin to start questioning yourself over this one as it’s so far out of the realms of possibility that it shouldn’t need to be thought about. But McKinty put me in that position.

I adored this book. I was pulled straight into Rachel’s worst nightmare and went on this journey with her and boy, what a journey.

Some books are truly difficult to find the words to review them. This is one of them. Not only because I don’t want to spoil the plot but also because I want to do it justice so I’m not going to waffle on, just trust me when I say:

It was an honour to read this book and you need to go and buy a copy now! I bloody loved it!

Huge thanks to the team at Orion for my review copy and space on the blog tour. 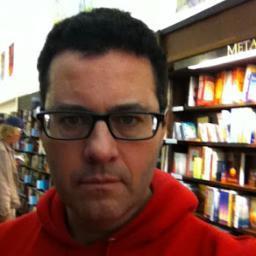 Adrian McKinty was born and grew up in Belfast, Northern Ireland during the Troubles of the 1970s and 1980s. His father was a boilermaker and ship’s engineer and his mother a secretary. Adrian went to Oxford University on a full scholarship to study philosophy before emigrating to the United States to become a high school English teacher. His books have won the Edgar Award, the Ned Kelly Award, the Anthony Award, the Barry Award and have been translated into over 20 languages. Adrian is a reviewer and critic for The Sydney Morning Herald, The Irish Times and The Guardian. He lives in New York City with his wife and two children.

One thought on “Never before has a book made my toes curl like this one … #TheChain by Adrian McKinty is diabolically brilliant, here’s my #BlogTour #review @adrianmckinty @orion_crime @orionbooks @Tr4cyF3nt0n”