I’m over the moon to welcome Bernadette Maycock to my blog today to shine the spotlight on one of the characters from her latest book, Snowday.

Hi Emma, thanks so much for having me over!

So, Gary is Eloise (lead character of Snowday)’s ex-husband. He works in IT support. He is a real family guy, but a stressful job means his marriage has fallen apart, he is quite clipped and can have a short attention span and fuse at times. His heart is in the right place though, and he loves his family dearly.

When did you create Gary?

Gary was there from the start of the book, I think I had him before I even had Eloise fully formed!

Neither actually, Gary wrote himself! The story just sort of folded him into it. His and Eloise’s lives are too entangled not to have him popping up all over the place, whether for a war of words or a shoulder to cry on.

I love how he gives as good as he gets in an argument. At one point in the book Eloise is stomping away from him at a school event and he screams ‘at least people can see what I’m married to!’

I think the reason I chose Gary for this post is because he was the character I had the most feedback about. People loved his flaws and others couldn’t quite get how he could be perceived to be such a good guy when his temper told us otherwise. There was a lot of tweaks to be honest!!

Well I take bits of characters from real traits I know from real people, so the sarcasm and the temper and the ability to be a rock came from a number of places but wasn’t limited to one person I know.

Do you know something I’m very torn over whether Riverside is going to be visited again but if it is, yes we’ll definitely be seeing him!

Gary certainly sounds interesting and I think this is one of those books you need to read snuggled up on a rainy afternoon! I know that’s what I’ll be doing! 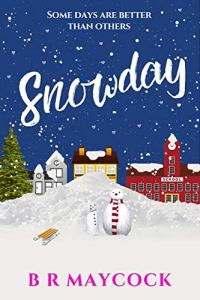 Eloise is too busy juggling the chaos of three kids, an ever present ex-husband and a demanding boss to even remember the last time dating crossed her mind.

But as soft snow falls silently all around, romance twinkles with the flakes.

After being single for so long, Eloise suddenly has a lot of choices. Too many choices. Will anyone be worthy of melting the guard around her heart to let love in? 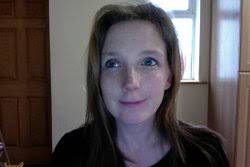 When Bernadette Maycock isn’t dreaming up vibrant leads for romantic comedies, she’s ingesting books for her blog (https://brmaycock.wordpress.com/), in particular chick lit (her first love!) books, romantic comedies and thrillers. She can also be found playing footie or watching Marvel, DC or Star Wars movies and cartoons in Co. Westmeath, Ireland with her brilliantly out there husband, Keith, and their four epic little men.

Her debut ‘It Started With A Snub’ is available on Amazon, and Bernadette is currently working on a three part romantic comedy series about AbbeyGlen Village. She has one goal and that’s simply to make readers smile and/ or laugh (a splutter rates highest;)).