I’m delighted to welcome author Keith Dixon to the blog today to discuss one of the characters in his book, The Two Fathers.

Thanks for joining me today, Keith, please tell us all about your book…

The Two Fathers is book 11 in the Sam Dyke Investigation series, which focuses on the cases of a British Private Investigator in the north-west of England. Sam is asked to investigate the behaviour of an apparently normal wife and mother and uncovers a trail of robbery, murder, drug smuggling, and floristry.

Who are you talking about today?

Sam Dyke was born in Yorkshire to a mining family, and now lives and works in the upper crust areas of Cheshire. Some might say he has a chip on his shoulder because his family background is at odds with the kind of people who he serves as a Private Investigator – often wealthy people with something to hide. He was married very young but then divorced when his wife left him, saying she’d lost their child in a miscarriage… in fact, she had the baby to term but then sent it out for fostering. This child, Dan, comes back to confront Sam but ends up working with him as his research/computing assistant. In The Two Fathers, which is some time after his initial reappearance, we see Dan reassessing exactly how he wants to work with his father – or not.

Sam’s other collaborator is an independent Private Investigator called Belinda McFee, who is relatively new to the profession but helps Sam when he needs another pair of eyes on a case. She also likes a fight.

Although Sam had a relationship a few years ago, he’s now single, but thinks about family often, especially because of the issues brought up in The Two Fathers.

When and how did you create Sam?

I was living in Cheshire, in a relatively small village, but when I’d been a student in the area, I used to see a sign above a shop in Crewe: Private Investigator. I’d often thought about that and wondered what it would be like to do that kind of work in the posh, country set of Altrincham and Wilmslow, where I’d worked. I was also a huge fan of American crime fiction and wondered whether it would be possible to introduce a British private eye using the same kind of ‘noir’ sensibility as was found in Chandler, Hammett, and Ross Macdonald. I started work on the first book in about 2000 but it wasn’t finished until 2006. The second book took another four years, but since then I’ve worked a lot more quickly!

I wanted to write a private eye novel set in the wealthy, snobbish areas of Cheshire, where I was living and working at the time. To point up some of the social aspects I wanted to highlight, my main character had to have a different perspective to those around him. I was born in Yorkshire (though I’d left at 3 months old!) and so it seemed a good idea to build in some conflict by having the character come from a similar social class and background, though he was moving in a different environment now. The title of the first book in the series, Altered Life, reflects this journey to some extent.

I like to think I’ve given him a sardonic sense of humour, and I like it when Sam pricks pomposity or says what he feels without being too diplomatic. This is something I’ve learned from the books of James Lee Burke and Peter Temple, whose dialogue is blunt and full of conflict. Sam has little time for fools.

Like many fictional detectives, he has a problem with relationships. Early on, I described him (to myself) as having ‘perseverance’, and unfortunately that means he gets locked into a case and can’t let go… which also means his relationships fall by the wayside. He needs to develop a sense of perspective!

The feedback I’ve had about Sam is that he’s an interesting character, and readers want to know what he’s going to do next. In later books of the series, as he’s aged, I’ve made him slightly more introspective about his relationship with others, particularly his son, Dan. But his underlying bloody-mindedness remains.

Well, he and I were both born in Yorkshire and are over six feet tall… apart from that, no.

What are your plans for Sam and the team?

I’ve tended not to think ahead for Sam, but to see what plot emerged that he could work in. The book before The Two Fathers was a standalone crime novel with a new character, and though I don’t have any plans to resuscitate that character, my next book – also a standalone – will be set in the same fictional town as I May Kill You. After that, I’ll see what happens!

Probably – he has my taste in music and reading, though he can be a grumpy so-and-so, whereas I’m all sweetness and light.

Sam sounds great! And thank you so much for sharing him with us today.

When Sam finds out what Jessica is doing, it opens up more questions. And when Brian Hastings goes missing, they’re questions he feels compelled to answer.

At the centre of the mystery is a man who most people in Manchester don’t know—Larry Stone. But those who do know him, know that far from being the simple florist he seems to be, he’s actually the biggest crook in town. He’s powerful, he’s dangerous, and he’s currently working a deal with a Dutchman who’s even worse.

And Sam is now caught in Stone’s sights as he works to find Brian Hastings, to solve a couple of murders, and to prevent Stone corrupting even more members of his own family than he already has.

Before the biggest deal of Stone’s crooked career goes down.

Bookworms, you can keep up with all Keith’s book news by following him on the following social media platforms: 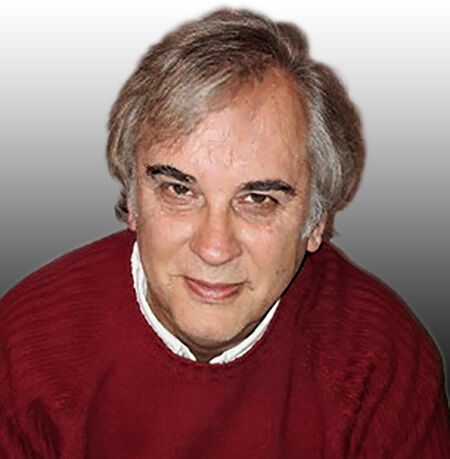 Keith Dixon was born in Yorkshire and grew up in the Midlands. He’s been writing since he was thirteen years old in a number of different genres: thriller, espionage, science fiction, literary. Two-time winner of the Chanticleer Reviews CLUE First in Category award for Private Eye/Noir novel, he’s the author of ten full-length books and one short-story in the Sam Dyke Investigations series, a standalone crime novel called I May Kill You, and two other non-crime works, as well as two collections of blog posts on the craft of writing. His new series of Paul Storey Thrillers began in 2016 and there are now three books in the series.