I’m delighted to welcome Joel Hames to the Little Bookworm blog today as he introduces a character from his most recent psychological thriller, The Lies I Tell…

Great to have you here, now, can you please introduce the character in terms of job, relationships, family etc.

Lisa has no job, or at least, not the sort of job you’d want to tell people about. Instead, she has a hundred names and a hundred faces. She’s a scam merchant, a con-woman, an identify thief. And she’s good at it. She’ll be in your system and out again with everything you know, and you won’t suspect a thing until you realise one of your friends has disappeared, and so has half your money. You’ll want to hate Lisa. But then you’ll meet her son, Simon. You’ll see the brutal, loveless childhood she’s still battling against. You’ll hear about her sister, Donna. You’ll understand. And when push comes to shove, it’ll be Lisa you’re rooting for.

When and how did you create Lisa?

The present-day Lisa arrived almost fully formed, and although her childhood and teenage years took a little while to take shape, it was clear what she had to be moving away from and why. I wanted something people could understand and that would make readers feel for her, but I also wanted to avoid the extremes of child abuse; I wanted something that she, too, would be grateful to be away from, but also grateful it wasn’t worse. And if we’re to empathise with her in spite of her actions, her past has to dominate her present-day actions – she has to be doing everything for a reason, she has to have something (or someone) to protect, and a view of other people that has been built from long experience. Hence, Lisa: thief and hero in equal parts.

Oh, the book definitely accommodates the characters. I had the idea: “what would happen to an identity thief if the tables were turned on her?” – but immediately, it became “but who IS she? And why does she do what she does?” – and as I’ve said, a lot of this just fell into my lap.

The fact that she is so perfectly a sum of her experience, and that she’s so determined to do what she has to in order to survive and protect her son.

Her lack of empathy for her victims – the way she has of convincing herself that it doesn’t matter, or she shouldn’t care, when deep down she knows it does and she should.

Did your early readers/editorial team like Lisa to start with or did you have to change her in any way?

Yeah, Lisa went down well. In fact, I’d say she’s about the only thing in the book that didn’t get changed a hundred times over!

Christ, I hope not!

Well, The Lies I Tell was conceived as a standalone, and all the major plot points are wrapped up within the course of the book, but I’ve really enjoyed Lisa’s world, and I have left one tiny mystery hanging around one very minor character that might well be explored through Lisa’s eyes in a follow-up…watch this space.

I’d think we were friends until she disappeared with all my money!

Thank you so much, Joel!

Bookworms, I’ve read this one and I can you that it is BRILLIANT! Want to know more? Here’s the blurb… 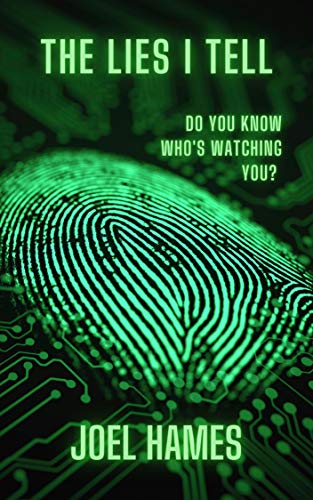 BUT WHO’S WATCHING HER?

From the bestselling author of Dead North, a tense, claustrophobic psychological thriller perfect for fans of Lucy Foley, Claire McGowan and Clare Mackintosh.

My name is Lisa and I’m an identity thief. If I’m not inside your system stealing your money, I’ve probably already stolen it. I’m your friend. I’m a thief. I’m gone. I’m in control.

Only now, the tables have been turned. I’m in danger. My son is in danger. And I don’t know where that danger’s coming from.

Any friend.
Any enemy.
Any stranger.
Anyone from the past I’ve been trying to outrun for years.

NOBODY CAN BE TRUSTED.

You can get your copy now over on Amazon! 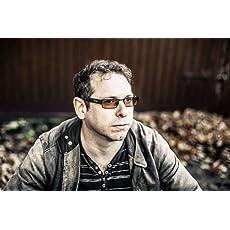 A Londoner in exile, Joel Hames lives in rural Lancashire, England, with his wife and two daughters.
His works of fiction include the bestselling Sam Williams trilogy and the psychological thriller The Lies I Tell.
When not spending time with his family, Joel likes to eat, cook, play the piano, and make up excuses to avoid walking the dog. There’s the MMA thing, too, but he doesn’t like to show off.

Joel’s website can be found at http://www.joelhamesauthor.com, where you can find out more about the writer and the books, and sign up to his email newsletter. If you want to know what Joel has planned for the future, what he thinks right now, or just stalk him a little, you can find him on Facebook at facebook.com/joelhamesauthor or Twitter at @joel_hames. Joel has never seen the word “Joel” appear as frequently as it does right here, and wholeheartedly approves.