I’m bringing back my Character Spotlight feature and am so excited to welcome my first author, Barbara Copperthwaite to Bookworm HQ today!

Good morning, Barbara, please introduce the character in terms of job, relationships, family etc. Be as detailed as you can without giving anything away you don’t want to at this stage…

Stella Hawkins was studying for a degree in psychology when her life was shattered by the disappearance of her identical twin, Leila, then 19. The whole family and all their friends had been having fun at her dad’s 50th birthday party when, at the end of the night, Leila got into a taxi and was never seen again. From that moment, everyone’s life revolved around one thing: finding Leila. While her parents fell apart with grief, Stella stepped up. She dropped out of university and became a conduit between her parents, the police, and the press. As the 25th anniversary of Leila’s disappearance approached, Stella comes to realise that while the rest of the world has moved on, her life has become stuck. She still lives in the same house she grew up in, despite her parents’ deaths; she doesn’t trust people, has barely any friends, and definitely no romantic partner; she can’t move on until she solves the mystery of what happened to her identical twin. The only good thing in her life is her dogs – who to her mind are far more trustworthy than any person could ever be. In fact, aside from finding Leila, her entire world revolves around dogs, as she works as a canine behaviourist. And her job is surprisingly useful for reading humans, too…

When and how did you create Stella?

Two years ago, I was starting a long, slow recovery from an illness so severe I didn’t think I’d ever be able to write another book. In fact, at that point, I was only just able to concentrate enough to start reading again after around six months. I could also now watch TV that required more than two brain cells, and that’s how my true crime documentary addiction started. Right near the end of one about TV presenter Jill Dando’s murder, her brother, Nigel, said something that instantly hit a nerve with me: ‘I just wish someone could explain to me – or a judge and jury – and tell me why they killed her. It makes no sense to me. It will never make sense to me.’ I rewound it, grabbed a notebook and jotted it down. It struck a chord with me and I kept thinking about it; thinking about all the families out there who would never get answers – and it made me want to cry. I’m not someone who deals well with not knowing the answer to things. I can deal with pretty much any truth, but not knowing sends me a bit loopy and I tend to dig and dig and dig until I get answers. It’s probably why I became a journalist and is also why I now love to explore questions in my fictional books. I like definitive answers in a world that doesn’t often give them. So the thought of ‘what if something happened to one of my loved ones?’ really got inside my head and refused to leave me alone, like a song going round in my head, along with ‘what if I never found out what had happened to them?’ There would be one person with the answers, of course. The killer. That sparked a whole new set of questions… What if the killer is watching this programme too? What if s/he got in touch and tried to explain? What then? It was like someone had thrown open a window in my brain and scenes and scenarios flooded in… I started writing immediately, even though all I could manage was a couple of paragraphs a day, at best. While I loved the plot that was beginning to form, more than anything my stories are driven by characters, and I kept wondering who would take centre stage in this book. The year before, my partner and I had consulted a dog behaviourist about a rescue dog we’d just taken on, Buddy (we were keen to ensure we were doing everything possible to make him feel safe and settled) and during one session she’d mentioned that half the battle with training dogs is actually training owners, and that reading canine body language meant she was also good at reading people. At the time, I’d thought to myself that it would be a great job for a character in a book… The more I thought about it, the more a character with this job seemed perfect for this book.

Character and book seemed to slot together so beautifully. The more I thought about a dog trainer, the more it felt right. Stella has spent 25 years searching for clues to her sister’s fate. In that time, she hasn’t moved on, can’t let people in… And yet she isn’t a bitter soul. She’s actually full of love and kindness, and all of that is poured onto her three dogs, Scamp, Buddy, and Buster, and into helping troubled dogs and owners. Essentially, Stella shaped the book, and the book shaped Stella.

Oh, she’s strong, determined, kind, and even generous in her own way. I love how incredibly practical she is and doesn’t put up with nonsense. Behind the strength is a vulnerability she doesn’t show to anyone, because it took a lot for her to get used to being one person after growing up being half of a set; now she is afraid to ever risk relying on someone else for fear of losing them, too. When she lets her guard down, though, she’s funny and clever, and has great taste in 80s and 90s music!

She’s so stubborn! Her devotion to finding her sister’s remains is to the exclusion of everything else. By her own admission she has complete tunnel vision about it and has taken some silly risks over the years that have on occasion put her in danger. She can be grumpy, too, as she doesn’t suffer fools gladly.

The feedback I’ve had has been really positive, and I’m so pleased other people love Stella as much as I do – I’ve grown very fond of her.

Although the idea for a character with the job of dog behaviourist was sparked by a real person, Stella isn’t based on anyone I know. Having said that, physically, she is at one point described as looking like Rachel, from Friends – only before Rachel had the nose job.

As this is a standalone book, there are no further plans for Stella – and anyone who has read The Girl in the Missing Poster will know why…

I think we would! We’d bond over our dogs – because actually her dogs, Scamp, Buddy, and Buster, are my dogs! I thought I’d give them a little cameo and immortalise my furry family, and it was an absolute joy writing about them. Stella and I also share a love of 80s and 90s music.

Stella sounds AMAZING! Thank you so much for sharing her with us today, Barbara!

Bookworms, The Girl in the Missing Poster is available to pre-order now! Grab your copy by clicking the cover image below. 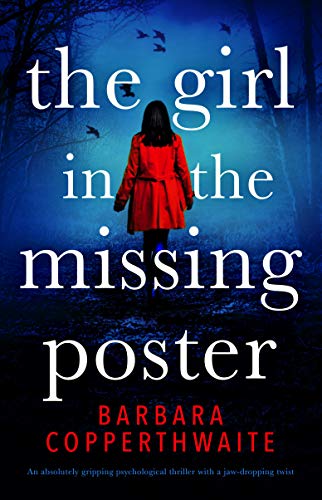 24 June, 1994 – Nineteen-year-old Leila Hawkins runs from her father’s birthday party into the stormy night wearing her sister Stella’s long red coat. Some say she was crying, others swear they saw her get into a passing car. Nobody ever saw her again.

Present – This time every year, on the anniversary of that fateful night, Stella decorates the small seaside town she grew up in with pictures of her beautiful missing sister. But after twenty-five years, is it even worth hoping someone will come forward? Perhaps the upcoming documentary will spark people’s memories by reuniting all the guests who were there the night Leila went missing.

As old friends gather and long-buried secrets begin to surface, the last thing Stella ever expects is a direct response from someone claiming they took Leila. They want private details of Stella’s life in return for answers. But as the true events of the night of the party play out once again, who is lying? And who is next?

From the bestselling author of The Perfect Friend, this absolutely gripping psychological thriller will keep you up all night and leave you sleeping with the light on. If you loved Gone Girl, The Girl on the Train and The Wife Between Us this book is for you! 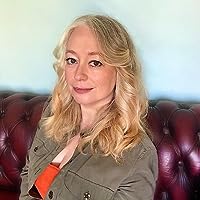 Barbara is the Amazon, Kobo and USA Today bestselling author of psychological thrillers INVISIBLE, FLOWERS FOR THE DEAD, THE DARKEST LIES, HER LAST SECRET and THE PERFECT FRIEND. Her new book THE GIRL IN THE MISSING POSTER is out on February 23, 2021 – but is available for preorder now!

Her writing career started in journalism, writing for national newspapers and magazines. During a career spanning over twenty years Barbara interviewed the real victims of crime – and also those who have carried those crimes out. She is fascinated by creating realistic, complex characters, and taking them apart before the readers’ eyes in order to discover just how much it takes to push a person over a line.

Her first book, Invisible, was ‘totally gripping, and scarily believable’ according to Bella magazine. Its success was followed by Flowers For The Dead, which was the Sunday Mirror’s Choice Read, beating Lee Child’s latest offering. ‘Will have you looking over your shoulder and under your bed… Original, gripping, with a deep psychological impact,’ their review read.

The Darkest Lies came next, published by Bookouture, and became a USA Today bestseller. The follow-up, Her Last Secret, hit the Number 1 spot on Kobo. The Perfect Friend is a No 1 Kobo and Amazon best seller.

When not writing feverishly at her home in Birmingham, Barbara is often found walking her two dogs, Scamp and Buddy, or hiding behind a camera to take wildlife photographs.

One thought on “#CharacterSpotlight … Bookworms, I’m bringing back this wonderful feature, so come and meet Stella, star of #TheGirlInTheMissingPoster by @BCopperthwait @Bookouture #CrimeThriller”