I grabbed a copy of Helen Fields’s Perfect Remains on Audible a few weeks ago and OH. MY. F’ING. DAYS!!!

I couldn’t stop listening. I was completely hooked. And so was my husband, who actually fell out with me a bit because I carried on listening when he’d gone to work! Ooppss! 😂

I’ve seen Helen’s books on so many blogs and lists and knew they were exactly my type of read, but I just never got around to reading them. What an idiot!

On the plus side, though, I now have the rest of the series to look forward to!

On a remote Highland mountain, the body of Elaine Buxton is burning. All that will be left to identify the respected lawyer are her teeth and a fragment of clothing.

In the concealed back room of a house in Edinburgh, the real Elaine Buxton screams into the darkness…

Detective Inspector Luc Callanach has barely set foot in his new office when Elaine’s missing persons case is escalated to a murder investigation. Having left behind a promising career at Interpol, he’s eager to prove himself to his new team. But Edinburgh, he discovers, is a long way from Lyon, and Elaine’s killer has covered his tracks with meticulous care.

It’s not long before another successful woman is abducted from her doorstep, and Callanach finds himself in a race against the clock. Or so he believes … The real fate of the women will prove more twisted than he could have ever imagined.

Fans of Angela Marson, Mark Billingham and M. J. Aldridge will be gripped by this chilling journey into the mind of a troubled killer.

Well, this was a chilling and harrowing read that I was hooked to from the first word!

I listened to this on Audible and oh my days, the narrator brought these characters to life brilliantly. I was chilled to the bone by the killer. I’m getting goosebumps just writing about it!

There’s a real authenticity with Fields’ writing. I believed every character. I was drawn to them all so deeply I actually cried in parts when they were in danger: even at the threat of peril at one point! I was so invested in them.

Perfect Remains is a real page-turner, I couldn’t hit that stop button, and when it did finish at around two in the morning, I downloaded the next book immediately and started that one!

DI Luc Callanach is just the best. And his relationship with DI Ava Turner gave me so much joy. They are a brilliant team and I felt drawn to their connection. There’s something special about them and their friendship. It really is magical.

Callanach has arrived in Scotland following an incident when he was with Interpol. And what a secret he’s keeping!

There are some belting scenes in this one. I gasped out loud on numerous occasions: shocked and stunned at the events. I LOVED it!

You really do need to be involved with this series and author if you aren’t already! Seriously. Fields is a wonderful author and I can’t wait to read more of her work.

Go get your copy now! 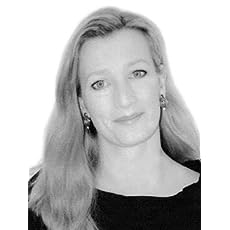 An international and Amazon #1 best-selling author, Helen is a former criminal and family law barrister. Every book in the Callanach series has claimed an Amazon #1 bestseller flag. The last book in the series, ‘Perfect Kill’ was longlisted for the Crime Writers Association Ian Fleming Steel Dagger in 2020, and others have been longlisted for the McIlvanney Prize, Scottish crime novel of the year. Helen also writes as HS Chandler, and has released legal thriller ‘Degrees of Guilt’. Her audio book ‘Perfect Crime’ knocked Michelle Obama off the #1 spot. In 2020 Perfect Remains was shortlisted for the Bronze Bat, Dutch debut crime novel of the year. Now translated into 16 languages, and also selling in the USA, Canada & Australasia, Helen’s books have won global recognition. Her historical thriller ‘These Lost & Broken Things’ came out in May 2020. Her first standalone thriller – The Shadow Man – from HarperColllins will be published on February 4, 2021. She currently commutes between West Sussex, Scotland and California. She lives with her husband and three children. Helen can be found on Twitter @Helen_Fields for up to date news and information or at http://www.helenfields.co.uk.