Melanie Blake has done what I didn’t think anyone could … created a bonk-fest Jackie Collins would be jealous of!

I was devastated when Jackie Collins died. Her books have been a huge part of my reading life and knowing there wouldn’t be more was so upsetting. I didn’t try to find a similar author. I just didn’t see how anyone could come close to what she created.

And then the letter box went and a gorgeous proof landed with a delightful thud.

Well, I was hooked. High fives to the designer of this one, Head of Zeus! Give that person a pay rise!

And the blurb … here it is…

Ambition can be deadly…

Broadcast to millions from its picturesque location off the coast of Jersey, Falcon Bay was once the world’s most popular soap opera. But with ratings at an all-time low, a new network owner, the malevolent Madeline Kane, arrives on the private island determined to do whatever it takes to get the show back to the number 1 slot.

Director Farrah, leading lady Catherine and producer Amanda are the driven, ambitious women who’ve been trying to hold the production together. But thanks to their handsome but corrupt boss, Jake Monroe, Farrah is losing episodes to male colleagues, seventy-year-old Catherine is terrified of losing the public’s adoration, and Amanda is battling her desire for a forbidden affair with a handsome new employee.

As Madeline’s pressure to revive the show intensifies, she unleashes a true battle of the sexes where the women will do anything to stay in the jobs they love and on the island they call home. Can they team up to bring down their rivals? Or will jealousy, betrayal and revenge rip their friendships apart? As the story reaches its shocking climax, one thing is for certain: only the most ruthless woman will survive…

Ruthless Women is stunning in every way possible.

From the gorgeous cover to the characters, the plot, and the sizzling sex scenes … it is perfect!

There’s been a hole in my reading since we lost the queen of sexy storylines, JC, but I’ve finally found someone to fill that gap.

Blake is a wonderful writer. Her characters are raw and real. Although they’re set in a world I know little about, the glitz and glamour of TV soap land are so well described I felt like I belonged there. I was in the scenes, I was in the pages, I was IN.

I started reading it a few weeks ago but with the new lockdown and homeschooling and a full-time job and then being ill, I just didn’t have time to carry on. Until Sunday just gone. I picked it back up at about 7 p.m. and didn’t put it down until around 2 a.m. I DEVOURED it. Every single word. I was enthralled from start to finish and I loved it.

There was nothing missing. Every word meant something. Every scene was important. Every character needed. A flawless book.

With love, revenge, sex (and I mean SEX, PHWOAR! Don’t read this when the kids are around, you WILL find yourself a LOT hot under the collar!), and everything in between, Ruthless Women will trap you in the pages and keep hold of you until the last word.

Without regurgitating the blurb, or spoiling the plot, I can tell you that Ruthless Women is going to knock your socks off.

If you’ve got a Jackie Collins sized gap on your bookshelf, get this ordered NOW!

HUGEST of thanks to the author and the team at Midas PR for my proof copy. I bloody loved it! 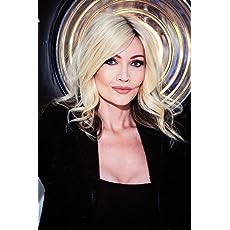 At fifteen years old Melanie Blake was told by her high school career advisors that her decision to do work experience at a local record shop was an ’embarrassment to the school and a clear example that she wouldn’t go far in life or her career’. They were wrong. By twenty-one she was working at the BBC’s iconic Top of the Pops show and by twenty-seven she had built a reputation as one of the UK’s leading music and entertainment managers, with her own agency and roster of award-winning artists who had sold more than 100 million records. During this time she also built up an acting agency from scratch which quickly became the most successful independent boutique agency in the UK where she manages clients from some of the biggest internationally syndicated shows in the world.

Her roster have won Baftas, Emmys and pretty much every best actress award going and Melanie is one of the most successful female agents in the world. In the UK alone – over 25 million people a week currently tune in to watch the very stars Melanie represents in their globally syndicated shows. In 2018 after two decades at the top of her game, Melanie decided to manage a smaller client list and concentrate on her other passion, writing – first as a columnist for a national newspaper, then as a playwright and now as a best-selling novelist.

Her first book The Thunder Girls became a Number 1 Best Seller in the summer of 2019 and the play she adapted from the novel broke box office records for a new work at the prestigious Lowry Theatre.

She still represents a high profile stable of some of the best known faces on British television but is also now enjoying success in her own right as a producer, author and playwright.

Her second novel will be released in 2021.