Sometimes, an author comes along who blows your mind, and Tracy Whitwell is one of them!

I’m delighted to be kicking of the Random Things Blog Tour for her books, The Accidental Medium and Gin Palace. 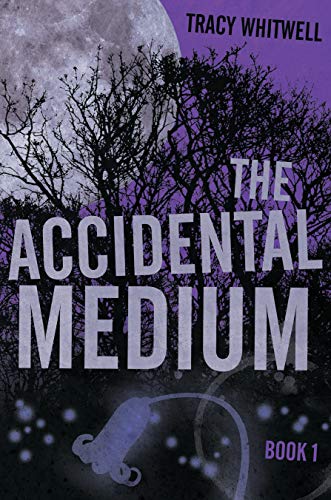 Tanz is a wine soaked, potty mouthed, once successful TV actress from Gateshead, whose career has shriveled like an antique walnut. She is still grieving her friend Frank, who died in a car crash three years ago, and she has to find a normal job in London to fund her cocktail habit.
When she starts work in a new age shop, Tanz suddenly discovers that the voices she’s hearing in her head are real, not the first signs of schizophrenia, and she can give people ‘messages’ from beyond the grave. Alarmed, she confronts her little mam and discovers she is from a long line of psychic mediums.
Despite a whole exciting new avenue of life opening up to Tanz, darkness isn’t far away and all too soon there’s murder in the air. 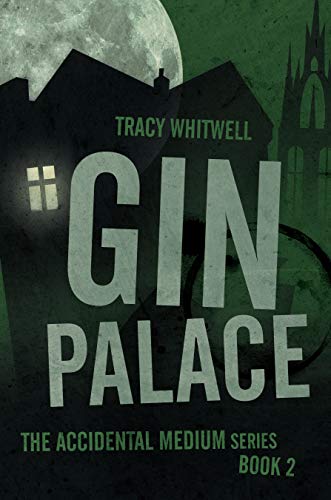 After a fast paced introduction to the world of clairvoyance, ghost busting, mystery and murder, Tanz is currently hiding in bed, having nightmares about a suicidal psychopath, drinking red wine, irritating her cat and waiting to be evicted. Life as she knew it seven months ago has turned on its head and only the prospect of a new TV job in Newcastle and a month with her best friend Milo can help pick her up off the floor.
But when she gets home, the Newcastle of more than a century before decides to haunt her bringing all kinds of spooks and horrors with it. She also finds that her new job involves more than it’s own share of intrigue and humiliation. Then it’s a case of six of one and half a dozen of the other, as Tanz, along with her dead friend Frank, attempts to expose a brutal murder that nobody even knows about. Join Tanz and her friends on another crazy, supernatural ride in GIN PALACE, the second in The Accidental Medium series.

I adored meeting Tanz and co!

From the off, I was fully absorbed in her world and her life. I felt such a connection with her as she’s such an every-woman in a ‘normal’ world. Or so it seems!

In The Accidental Medium, Tanz is having to take a job in a shop (shudder) as the acting jobs aren’t coming in like they used to. A Geordie in London, Tanz is a breath of fresh air. She has a wonderful realism about her that makes her loveable and an instant hit.

Now, without rehashing the blurbs for these two great books, I’m going to focus on the writing and character development.

Tanz and her best friend, Milo, are so wonderful, you will find it hard not to fall instantly in love with them. Their relationship is set in the first chapter of book one; on the phone to each either, one pissed, one tipsy, and both speaking their minds as only drunk best mates can. I was hooked.

Whitwell takes us on a real journey with these two and I adored every step on the way. As Tanz starts to realise the voices in her head are real, she meets Sheila. A medium who helps her develop her skills and who becomes more than just a mentor to her. Watching these relationships, and those Tanz has with her ghosts, was a joy. Whitwell has a real talent and her characterisation is stunning.

Told from Tanz’s point of view, we are immersed into her world and it was hard to leave her when I had to stop reading.

There’s a real Agatha Raisin feel about this series. It’s glamorous, the characters are believable, and the plots are brilliant. Who doesn’t want a gorgeous, crime-fighting medium who solves murder with the help the help of her gay best friend and team of ghosts?! It’s perfect!

There are some laugh-out-loud moments along the way, but there’s a real heart to the series, something magic that some authors add without knowing they’re adding it. Not something you can teach (trust me, I’ve tried!) It’s that thing, that x-factor, that extra something that makes you desperate for more.

I’m so happy I discovered Whitwell’s books. Go and get your copy now!

Huge thanks to Anne Cater at Random Things Blog Tours for my spot on the tour, and massive thanks to the author for writing these! I’m so looking forward to the next one!

Keep up with the rest of tour: 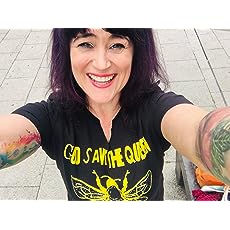 Tracy Whitwell was born, brought up and educated in Gateshead in the north east of England. She wrote plays and short stories from an early age, then had her head turned and ran off to London to be an actress. By 1993 she was wearing a wig and an old fashioned dress and pretending to be impoverished on telly in a Catherine Cookson mini-series, whilst going to see every indie/rock band she could afford.

After an interesting number of years messing about in front of the camera and traveling the world though, Tracy discovered she still loved writing and completed her first full length play. A son, many stage-plays, screenplays and two music videos followed until one day she realised she was finally ready to do the thing she’d longed to do since she was six. She wrote her first novel. A crime/horror/comedy tale about an alcohol-soaked, gobby, thrill-seeking actress who talks to ghosts. (Who knows where the inspiration came from, it’s almost like she based it on her own ridiculous life.) Then she wrote a follow up and realised she couldn’t stop writing books.

Now Tracy lives in north London with her son, still travels whenever possible and has written novel number four.

One thought on “The Accidental Medium by Tracy Whitwell is a fantastic start to a wonderful series about a crime-fighting witch from Newcastle. A breath of fresh air you all need to read! @WhitwellTracy @AnneCater #RandomThingsTours”