I am over the moon to welcome Amelia Henley to my blog today as I jump on-board her blog tour in place of someone unable to post as planned.

Now, for those of you not in the ‘know’… Amelia Henley is the pen name of Louise Jensen as she takes a step away from her psychological thrillers and ventures into a new genre and trust me, you do not want to miss this one! It looks and sounds like a romance, and while love is at the heart of Anna and Adam’s story, there is SO MUCH MORE to this. Henley maintains Jensen’s flair for the unexpected. The story is twisted and different, and actually just as thrilling as her other books.

So, anyway, today I’m joined by Amelia to introduce you all to one of her main characters, Oliver Chapman…

Hello, Amelia! Can you tell us a bit about Oliver…

Introducing Dr Oliver Chapman. He’s widowed, socially awkward and a scientist who founded The Chapman Institute for Brain Science. He dreams of changing the world.

The Life We Almost Had centres around Anna and Adam and their relationship. Oliver was created part of the way into the book after a tragedy forces Adam and Anna apart. I needed a scientist who could offer the couple something very unusual and potentially a way to be together again. This is NOT a typical love story…

I wrote the character to accommodate the book.

Oliver has experienced a love as fierce as Adam and Anna’s so he understands the loss they experience. He has a good heart and he genuinely wants to help people through his innovative ideas.

He doesn’t fully consider the moral implications or the potentially harrowing consequences his offer could have on the couple.

My editor loved him. The concept for The Life We Almost Had is unique and Oliver is integral to that.

While researching this story I sat in on some lectures at Magdalen College in Oxford and met some neuroscientists who helped me with my research. Some of Oliver is based on what I observed but he was very much fabricated. I was so shocked when I watched Money Heist on Netflix recently and saw Alvaro Morte who plays The Professor. He is the Oliver in my head. The same mannerisms, speech patterns, smile – it’s uncanny.

Oliver has a lesson to learn that everything circles back to love and a bond such as Adam and Anna’s is unbreakable.

I’ve become so obsessed with science since my research that yes, I’d love to get together with Oliver and chat!

Bookworms, I’ve read this book and I adored it. You can read my full review here, but trust me, it isn’t what it looks like! If you’ve read Jensen’s work, you’ll know nothing is what it seems to be in her work, and that’s no different with her new alias.

Amelia, thank you so much for bringing Oliver to my blog today. I think he is a wonderful character whose heart is in the right place and who could have his own spin off!

This is not a typical love story, but it’s our love story.

Anna wasn’t looking for love when Adam swept her off her feet but there was no denying their connection, and she believed they would be together forever.

Years later, cracks have appeared in their relationship. Anna is questioning whether their love can really be eternal when a cruel twist of fate delivers a crushing blow, and Anna and Adam are completely lost to one another. Now, Anna needs Adam more than ever, but the way back to him has life-changing consequences.

Is a second chance at first love really worth the sacrifice? Anna needs to decide and time is running out…

A beautiful and emotional love story that asks, how far would you go for a second chance at first love? Perfect for fans of The Man Who Didn’t Call and Miss You. 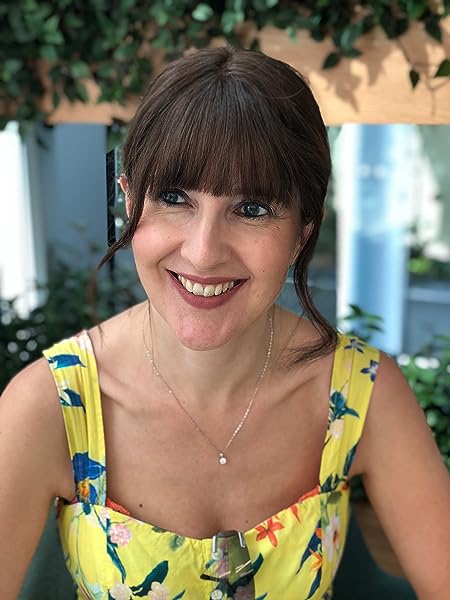 Amelia Henley is a hopeless romantic who has a penchant for exploring the intricacies of relationships through writing heartbreaking, high-concept love stories.

Amelia also writes psychological thrillers under her real name, Louise Jensen. As Louise Jensen she has sold over a million copies of her global number one bestsellers. Her stories have been translated into twenty-five languages and optioned for TV as well as featuring on the USA Today and Wall Street Journal bestsellers list. Louise’s books have been nominated for multiple awards.

The Life We Almost Had is the first story she’s written as Amelia Henley and she can’t wait to share it with readers.

One thought on “Come and meet Oliver Chapman from Amelia Henley’s debut, The Life We Almost Had #CharacterSpotlight @MsAmeliaHenley @HQstories @Fab_fiction”