I’m delighted to be sharing my blog tour review of Second Sister by Chan Ho-Kei today. It’s a cracking thriller that will hook you in from the first page.

From the author of the acclaimed novel The Borrowed, a very timely and propulsively plotted tale of cyberbullying and revenge, about a woman on the hunt for the truth about her sister’s death.

Chan Ho-Kei’s The Borrowed was one of the most acclaimed international crime novels of recent years, a vivid and compelling tale of power, corruption, and the law spanning five decades of the history of Hong Kong. Now he delivers Second Sister, an up-to-the-minute tale of a Darwinian digital city where everyone from tech entrepreneurs to teenagers is struggling for the top.

A schoolgirl – Siu-Man – has committed suicide, leaping from her twenty-second floor window to the pavement below. Siu-Man is an orphan and the librarian older sister who’s been raising her refuses to believe there was no foul play – nothing seemed amiss. She contacts a man known only as N. – a hacker, and an expert in cybersecurity and manipulating human behavior. But can Nga-Yee interest him sufficiently to take her case, and can she afford it if he says yes?

What follows is a cat and mouse game through the city of Hong Kong and its digital underground, especially an online gossip platform, where someone has been slandering Siu-Man. The novel is also populated by a man harassing girls on mass transit; high school kids, with their competing agendas and social dramas; a Hong Kong digital company courting an American venture capitalist; and the Triads, market women and noodle shop proprietors who frequent N.’s neighborhood of Sai Wan. In the end it all comes together to tell us who caused Siu-Man’s death and why, and to ask, in a world where online and offline dialogue has increasingly forgotten about the real people on the other end, what the proper punishment is.

Boy am I glad I accepted the invite to read this one! Second Sister is a fantastic read and a real page turner.

Ho-Kei takes us on a journey through the murky world of social media and the Dark Web, showing us what technology has turned some people into. Vile trolls with the ability to become anyone they want online without fear of their actions having consequences on them. But that isn’t always the case. Nga-Yee is on the hunt for answers. Her sister jumped to her death from their apartment but Nga-Yee isn’t convinced this is suicide. Her search for the truth leads her to N, a computer hacker who soon becomes her ally.

What follows for the reader is a taut and wonderfully plotted mystery which twists and turns just the right number of times for it not to be daft, but to keep the reader hooked and interested.

Although I found some of the descriptives repetitive and perhaps a little too detailed, this is a personal preference and didn’t detract from the fantastic plot.

The characters are all relatable and I loved Nga-Yee. My heart broke for her throughout the book. She desperately wants to know what happened to make her sister do what she did and her determination to uncover the truth is an admirable quality. The author makes his characters authentic and that really added to my enjoyment of the book.

All in all this is a brilliant read and I would highly recommend you get a copy! Huge thanks to the author and publisher for my review copy. 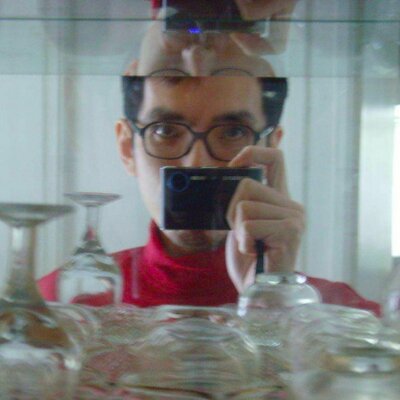 Chan Ho-Kei was born and raised in Hong Kong. He has worked as software engineer, script writer, game designer and editor of comic magazines. His writing career started with the short story “The Murder Case of Jack and the Beanstalk,” which was shortlisted for the Mystery Writers of Taiwan Award. He won the award the next year with “The Locked Room of Bluebeard.” Chan’s first novel, The Man Who Sold the World, won the Soji Shimada Mystery Award, the biggest mystery award in the Chinese-language world, and was published in five languages. He is also the author of the award-winning novel, The Borrowed.