I am beyond excited to be sharing my thoughts on Noelle Holten’s Dead Wrong today. It’s book two in her DI Maggie Jamieson series and oh my days… it’s a complete sleep stealer! 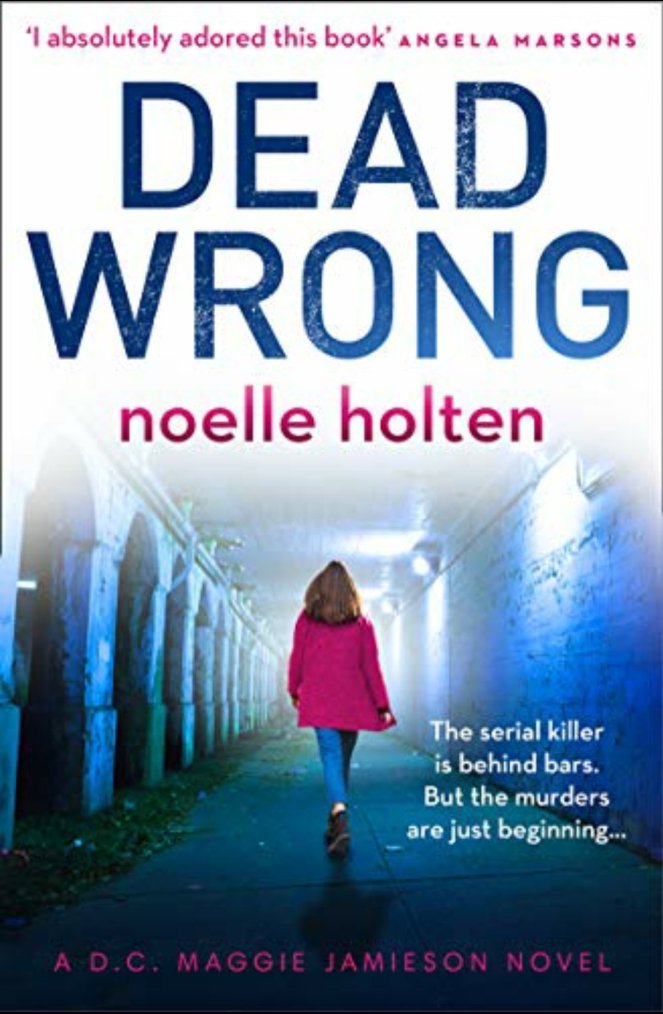 The serial killer is behind bars. But the murders are just beginning…

DC Maggie Jamieson’s past comes back to haunt her in this dark and gripping serial killer thriller.Three missing women running out of time…

They were abducted years ago. Notorious serial killer Bill Raven admitted to killing them and was sentenced to life.

But now one of them has been found, dismembered and dumped in a bin bag in town.

Forensics reveal that she died just two days ago, when Raven was behind bars, so Maggie has a second killer to find.

Because even if the other missing women are still alive, one thing’s for certain: they don’t have long left to live…

Dead Wrong is a total rollercoaster of a read.

At the end of book one, DI Maggie Jamieson knows that a case from her past is coming back to haunt her, and boy what a case it is.

Sick serial killer Bill Raven is behind bars but he was convicted on his confession alone… the three women he admitted killing were never found.

He’s been locked up for a while now… but then the body parts start turning up… and they’ve only recently been killed.

How the heck has he managed that from his prison cell?

Jamieson and the team have to start looking at the old case and try to see what they missed the first time around. Everyone was convinced Raven was the killer. Everyone knew he was responsible for the missing women. He admitted it. And now they’re in a race against time to discover the truth before more bodies turn up.

Holten’s got a real way with words. She has a wonderful ability to pull you in to the page, in to the scene, you could be sat next to the characters. The world she has created around Jamieson is believable and realistic, and bloody scary!

While Maggie is trying to save her reputation, she knows she got it right the first time around, but how the hell is Raven doing this?! Maggie has so much going on in her life and the last thing she needs is to have her abilities as a detective called in to question.

Holten takes us on a real trip with this one. With twists and turns at every step and a ‘killer’ intent on revenge, Maggie is in more trouble than she could ever imagine.

We really get to know Maggie in this one. She really develops from book one and we see a lot more of her on a personal level too. That made it a lot easier to feel what she was feeling, and boy what a trip that was! Nothing like going to bed thinking there’s a psychotic serial killer watching you!

As the hunt for the killer ramps up, so does the tension. Holten fills each page and it doesn’t let up. There’s a constant feel of dread when you’re reading… you know the one… it’s what us crime book junkies live for (did you see what I did there?!)

Noelle, it was an absolute honour reading your second book. I completely LOVED it and I cannot wait for more in the series.

You have created something standout special in a jam-packed genre and you deserve all the success with it.

Bookworms, you MUST get involved with Dead Wrong, it’s out today and is bloody brilliant!

Huge thanks to the publisher and Sarah at Book on the Bright Side Publicity for my review copy and place on the blog tour. What an honour!
https://www.amazon.co.uk/Dead-Wrong-completely-addictive-gripping-ebook/dp/B07NRXTSGF/ref=sr_1_1?crid=1XJ5VF85SOUZO&keywords=dead+wrong+by+noelle+holten&qid=1584185178&sprefix=Dead+wrong%2Caps%2C197&sr=8-1 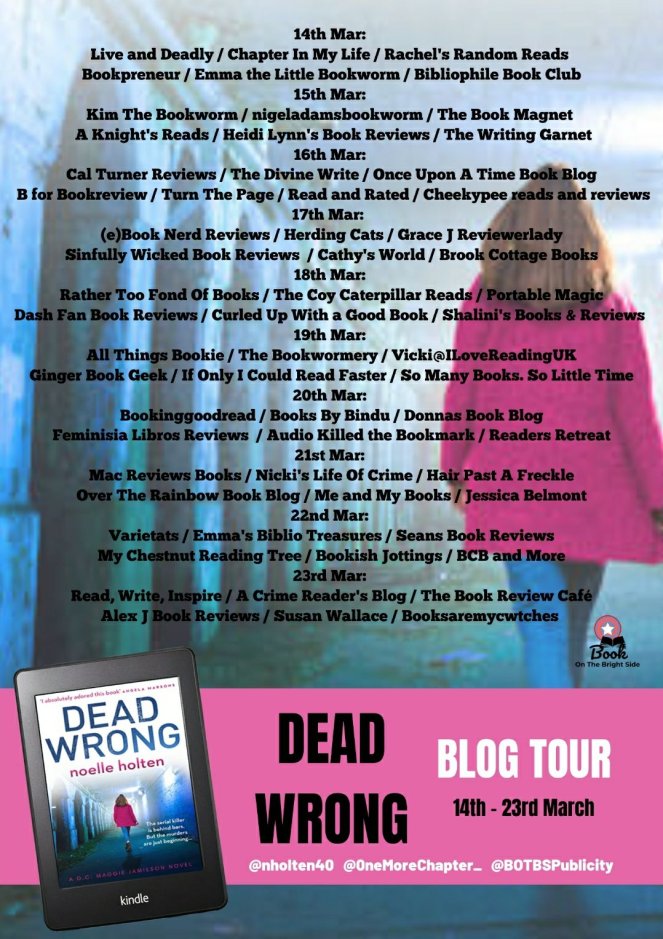 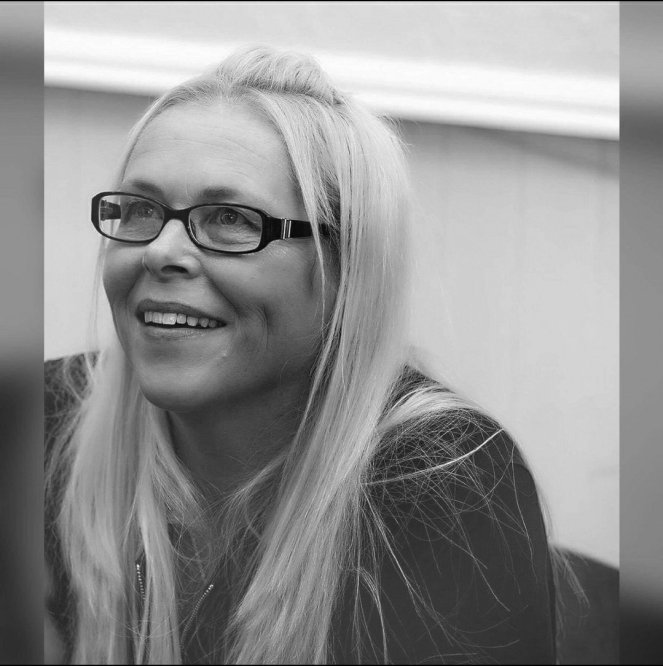 Noelle Holten is an award-winning blogger at http://www.crimebookjunkie.co.uk. She is the PR & Social Media Manager for Bookouture, a leading digital publisher in the UK, and a regular reviewer on the Two Crime Writers and a Microphone podcast. Noelle worked as a Senior Probation Officer for eighteen years, covering cases of domestic violence and abuse. She has three Hons BA’s – Philosophy, Sociology (Crime & Deviance) and Community Justice – and a Masters in Criminology. Dead Inside is her debut novel and the start of a new series featuring DC Maggie Jamieson.

2 thoughts on “I’ve had some special moments during my time as a blogger, but kicking off Noelle Holten, @nholten40’s #DeadWrong #blogtour is right up there with the best of them! As expected, it’s another BELTER!  @0neMoreChapter_ @BOTBSPublicity”