Michael J Malone fills his books with such a depth of emotion it blows my mind.

Exploring topics not many do, his work is something to marvel and savour. In the Absence of Miracles is a masterclass in the darkest of domestic noir …

John Docherty’s mother has just been taken into a nursing home following a massive stroke and she’s unlikely to be able to live independently again.

With no other option than to sell the family home, John sets about packing up everything in the house. In sifting through the detritus of his family’s past he’s forced to revisit, and revise his childhood.

For in a box, in the attic, he finds undeniable truth that he had a brother who disappeared when he himself was only a toddler. A brother no one ever mentioned. A brother he knew absolutely nothing about. A discovery that sets John on a journey from which he may never recover.

Shocking, chilling and heartbreakingly emotive, In the Absence of Miracles is domestic noir at its most powerful, and a sensitively wrought portrait of a family whose shameful lies hide the very darkest of secrets.

I adore Michael J Malone’s work. He is a wonderful writer with an amazing ability to pull you straight into the heads of his characters.

Malone has this knack of creating a world that at first glance seems to be normal and unassuming, but as you get deeper, there is an emotional rawness and a depth that sucks you in and throws you back out with the biggest of book hangovers EVER!

As the blurb tells us, John Docherty has had to put his mum into a care home. While clearing out her house, he comes across the shocking realisation that his parents kept so many secrets from him and his brother that his world is turned upside down.

John’s discovery leads him down a road that he never knew existed and with each page, I fell deeper and deeper into his horror. John is a deeply unhappy character from the off but he’s so easy to relate to. Things are spiralling out of control and he is alone, or so he thinks. His is a devastating story written so beautifully and with such care and consideration that your heart breaks for him constantly. I found myself desperate to hold him, to tell him that it would all be OK in the end, even though I had no idea what would happen.

I am struggling to write more without spoiling the plot but trust me, this is one you do not want to miss.

Huge thanks to the team at Orenda for my review copy.

Go and get yours now: 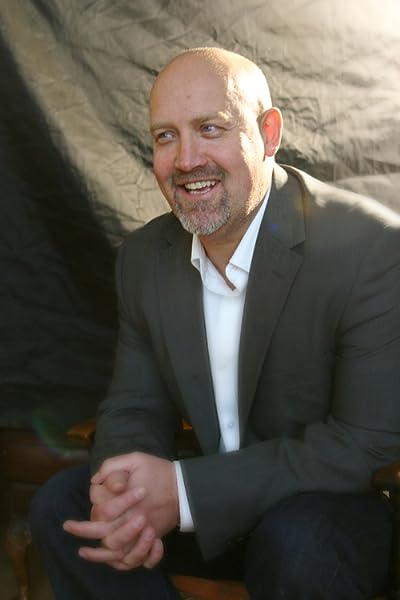 Michael J. Malone was born and brought up in the heart of Burns’ country, just a stone’s throw from the great man’s cottage in Ayr. Well, a stone thrown by a catapult, maybe.

He has published over 200 poems in literary magazines throughout the UK, including New Writing Scotland, Poetry Scotland and Markings. His career as a poet has also included a (very) brief stint as the Poet-In-Residence for an adult gift shop. Don’t ask.

BLOOD TEARS, his debut novel won the Pitlochry Prize (judge:Alex Gray) from the Scottish Association of Writers and when it was published he added a “J” to his name to differentiate it from the work of his talented U.S. namesake.

He is a regular reviewer for the hugely popular crime fiction website http://www.crimesquad.com and his blog, May Contain Nuts can be found at http://mickmal1.blogspot.com/