I’m delighted to be sharing my review of Peter Heller’s The River today.

Two friends
Wynn and Jack have been best friends since their first day of college, brought together by their shared love of books and the great outdoors.

The adventure of a lifetime
When they decide to take time off university and canoe down the Maskwa River in northern Canada, they anticipate the ultimate wilderness experience.
No phones.
No fellow travellers.
No way of going back.

A hellish ride
But as a raging wildfire starts to make its way towards them, their expedition becomes a desperate race for survival. And when a man suddenly appears, claiming his wife has vanished, the fight against nature’s destructive power becomes entangled with a much deadlier game of cat and mouse.

From the very first page, The River is steeped with a tension that does not let up until the last word.

Heller immerses the reader in a world that is so remote and fragile, it’s hard to understand why anyone would visit it. But visit they do …

Wynn and Jack think they will be the only people around when they decide to take a trip down the Maskwa River, but Mother Nature has other plans … a forest fire changes their plans and leads them to taking a path they hadn’t expected and on a journey no one would take intentionally.

The relationship between the two men is interesting and had me wondering how my best friend and I would react in this type of situation. Then I remembered we hate walking to the shop so a trip down a river would be off the cards for us! That being said, these guys do decide to do this. They clearly have the required experience and are fully kitted up for every eventuality … or are they?

That’s the thing with nature, you can’t second guess what’s going to happen. And nature is one of the main characters in The River. Heller has a skill in his descriptive writing, it was, at times, like I was stood on the shore watching the book play out in front of me. And the tension was beyond thrilling in places. Think that river scene in Bird Box … gosh, I’m getting shivers just writing this!

So, obviously this is a crime thriller, so things aren’t all lovely … the friends have a lot to face on their journey, and not just their escape from the wildfires. They aren’t the only ones on the river … but who are the other people, and more importantly, where are they?

There were times when I was mentally shouting at the lads to just go. To get back in their boat and get the hell outta there, and I questioned their decisions, but that didn’t detract from my enjoyment.

The River is a solid thriller that will compel you to read as fast as possible but at the same time slow down so you can fully immerse yourself in the worlds Heller has created.

If my review has whetted your appetite, get over to Amazon and grab your copy now:

Huge thanks to the team at Weidenfeld & Nicolson and Tracy Fenton for my spot on the tour. Be sure to keep up with the rest of the bloggers: 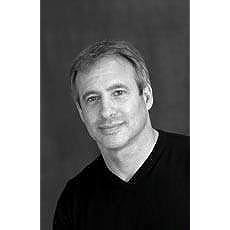 Peter Heller is an award-winning adventure writer and the author of four bestselling novels, including the New York Times bestseller THE DOG STARS, a Guardian, San Francisco Chronicle and Atlantic Book of the Year. Born and raised in New York, he attended Dartmouth College in New Hampshire where he became an outdoorsman and white-water kayaker. He has travelled the world as an expedition kayaker, writing about challenging descents in the Pamirs, the Tien Shan mountains, the Caucuses, Central America and Peru. A keen adventurer, he has navigated some of the most dangerous rivers in the world, including the Muk Su River in the High Pamirs of Tadjikistan. He is a graduate of the Iowa Writers’ Workshop, where he received an MFA in fiction and poetry, and won a Michener fellowship for his epic poem ‘The Psalms of Malvine’.