The Moor, book eight in the DCI Ryan series, is a spellbinding instalment from the Queen of Kindle and one which will have you utterly gripped to from start to finish. A combination of crime thriller, comedy, and romance, this series has it all and it works so well.

The circus is in town…

When a ten-year-old girl turns up on DCI Ryan’s doorstep to tell him she’s witnessed a murder, he has no idea he’s about to step into his most spellbinding case yet. The circus has rolled into Newcastle upon Tyne, bringing with it a troupe of daring acrobats, magicians, jugglers—and one of them is a killer.

Ryan and his team must break through their closed ranks to uncover a secret which has lain buried for eight years, before the killer strikes again – this time, to silence the only living witness…

Murder and mystery are peppered with romance and humour in this fast-paced crime whodunnit set amidst the spectacular Northumbrian landscape.

I laughed and cried, and felt ALL the emotions with this one. And yes, Mrs Ross … #ThatEnding … I’m still cross about it! But that’s something for another day!

I don’t know how she does it. It’s not unexpected to think that such a long running series will grow stale, but this one hasn’t. DCI Ryan and his team are still going strong, Ross’s writing gets better with each book, and the plots and characters are so well thought-out, planned, and researched these books really are stunning to read.

One of the elements which makes this series so fantastic is the relationship between Ryan and Philips. Those who’ve read the books will know what I mean, those still to read them, well, you are in for a treat! These two are the epitome of the bro-mance. They are more than an unlikely pairing. I know everybody who reads will imagine their own interpretation of what the author has described the characters look like, I always had a picture of these two, but recently, The Infirmary, a prequel to the series, was turned into a mutlicast drama on Audible and I could not agree with the choice of actors more!

The stunning Tom Bateman was cast as DCI Ryan while the hilarious and one of the most famous Geordies in the land, Kevin Whately, is DI Philips …

So, you can see why they perhaps aren’t your typical best mates … but they work so well together and that’s all credit to the author and her impeccable skills at creating such powerful and meaningful relationships.

Ryan is the younger of the two and came up north from London where he almost immediately became Philips’s superior. This wasn’t a problem though. Philips adores Ryan like he’s his own son. And that love is returned and shines off the pages. As the books have developed, so too has their relationship. They have been to hell and back together and still manage to make each other smile over a bacon stottie and cuppa tea. Their wives are the best of friends and as a foursome, they are a formidable team. Opening a new book is like going to a family gathering, you know these people, you love them but you just see them all the time. It’s brilliant!

Each book in the series has a distinct new character: somewhere stunning in Northumberland. Ross brings the scenery to life in a way I’ve yet to find a comparison for. Her descriptive prose is so remarkable it’s as though she’s put an actual photograph on the pages.

Anyway, back to The Moor.

The circus is in town and Ryan and the team are convinced by the impressive new character, ten-year-old Sam, that a murderer is on the loose within the troop of performers. With very little evidence to go on, the team are up against it like never before. Then, when seemingly unconnected men are turning up dead across the city, Lowerson, almost back to normal after his ordeal, is put in charge of the investigation as Acting SIO … Ryan is convinced he’s up to the job … and with Yates by his side, we have every faith he will do a sterling job.

What follows is a tense duo of cases … giving us that realism that criminals don’t wait for the police to have an empty caseload before they commit their next crime, we see the team separated and facing a different set of dangers.

I think The Moor is the best book in this series so far. Gritty, gripping, and gruesome … It’s a complete sleep stealer and sets Ross right up there with the crime writing greats. She is at the to of her game and it’s not hard to see why she’s called the Queen of Kindle!

You absolutely must read this!

Go and get your copy now! 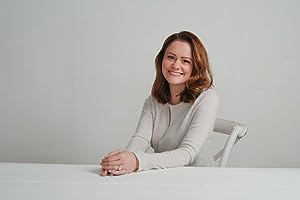 LJ Ross is the author of the #1 international bestselling series of DCI Ryan mystery novels and her books have sold more than 4 million copies since 2015. She has released 12 full-length novels, nine of which have reached number one in the Amazon UK Kindle best-sellers chart. They are available to purchase in e-book, print and audiobook narration on the Amazon store.

Her eleventh novel, ‘The Infirmary’, is a prequel story which is also available as a major Audible Originals drama starring Tom Bateman, Kevin Whately, Hermione Norris and Alun Armstrong.

Her twelfth novel, ‘The Moor’, was released in ebook and paperback on 27.04.19, and will be available as an audiobook shortly.

Louise was born in Northumberland, England. She studied undergraduate and postgraduate degrees in Law at King’s College London and studied abroad in Paris and Florence. She spent much of her working life in London, where she was a regulatory lawyer for a number of years before taking the decision to change career and pursue her dream to write.

Now, she writes full time and lives with her husband and son in Northumberland. She enjoys reading all manner of books, travelling and spending time with family and friends.

If you would like to connect with LJ Ross, she would be very happy to hear from you: