Huge congratulations on winning your Chill Award, Paul! You must be so happy your work has been recognised in this way.

Thanks, Emma. For independent publishers and authors like myself it’s a challenge to make a mark in a crowded market place. I suspect most of us are realistic about sales volumes and revenue and are more interested in some form of recognition that our work is good enough to be ‘out there’ and there is a connection with readers. The Chill Award provides that recognition and is from a respected team that champions independent authors – so I’m very excited and it’s encouragement and motivation to get on with the next book – so thank you Pauline Barclay and the team!

Now, before we carry on, would you please introduce yourself to my readers, just in case they don’t know you already …

I grew up in a west London suburb and now live in Berkshire with my wife and two children. I’m passionate about music, sport and, most of all, writing, and now write full time – though at the moment I’m spending more time on marketing and promotion than writing. I’ve written four novels and have started the fifth. When I’m not writing I find time to play drums with Redlands and Rags 2 Riches – we have a few gigs lined up already this year. Come and see us and say Hi.

I’m always on the lookout for ideas that provide a backdrop for ‘human’ stories and came across an article in The Times, repeated from a hundred years ago, about a Reverend who was proposing that unattached women should marry those disabled soldiers returning from the front (this was 1915), thereby solving two ‘problems’ in one. I wondered if anyone had taken the idea further and started reading around the subject. The research threw up many great human stories around the development of facial reconstruction, the emancipation of women, equality and class issues, how to reintegrate returning disabled veterans into society, the extent to which Britain was struggling economically but also emotionally as there was hardly a family in the land that hadn’t lost a loved one in the war. There were so many themes that I wanted to write about and, though the research was a hundred years old, the themes were still very modern. So, I quickly had the themes I wanted to explore and knew they could all be covered within the story of everyday lives, but I was missing a focal point. Then I read more about the idea behind the interment of the Unknown Warrior and everything fell into place. It was, and remains, such a powerful concept that works at both a national and individual level. Once I understood that, I had everything I needed to write the kind of novel that I hoped would entertain and challenge readers.

I think the reality is that independently publishing writers like myself can’t really be judged on sales and revenue figures. Yes, there are some independents who sell large volumes and it is encouraging to see, but the majority of us are unlikely to sell lots. My main motivation is to gain some recognition that my books are well written, deserve to be ‘out there’, and that there is an audience of readers with whom they connect. The award does that and, because it comes from the Chill With A Book team that champions independent writers, it provides encouragement to keep writing the types of books I do. I know they won’t please everyone, and nor should they – but the award shows The Blue Bench can take its place in the market and might help to persuade new readers to try it.

I have two other novels available at the moment.

Three Weeks In The Summer is a bitter sweet coming of age novel set in 1976. It is primarily from a teenage boy’s point of view and its themes are, I think, universal – young love/infatuation, teenage confidence issues, wanting to understand where we come from, where we are going and the excitement of new experiences. But there are some darker moments and at only 70000 words it is much shorter than The Blue Bench. I hope it will resonate with anyone that has been a teenager – which is all of us right!

The other book, Sunrises, is a novel of grief, love, tragedy, family, and hope. It tells the story of how the death of young girl affects a family over successive generations and looks at the broader questions of how we deal with grief and attitudes towards religion and spirituality. But primarily it is a story about people and, most likely, people that readers will know in the sense that the events and characters will be recognisable. If there was such a genre as ‘Being Human’ – that’s where I’d place Sunrises. It’s told from various viewpoints, spanning 40 years.

I have the next book 80% plotted and have the first draft of a couple of chapters. I like to have the plot, structure and characterisations pretty much finalised before I start. I’ve actually had the main story outlined for several years and the main themes are very important to me, so I’m keen to finally get it written. It has a working title of Stages and is set in the 70s and 80s, telling the story of a boy growing to manhood after his mother dies. The theme of miracles (or what might be considered miraculous) runs through the story and it will look at an increasingly secular suburban society’s views on religion and spirituality – but that makes it sound ‘heavier’ than it is. At heart it will be the story of a family and, like much of my work, driven as much by character as by plot.

Family stuff or playing drums. And there’s not much time for anything else! Though my children are grown they are still at home and there’s always something to be talking or worrying about – apparently it doesn’t get easier as they get older! So, playing drums with two bands is a great release and I could ramble at length on why I love playing drums and why everyone should do it … But perhaps that’s for another time. 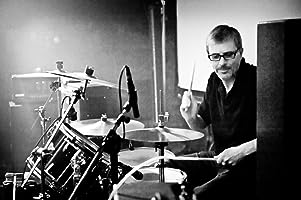 Joseph Heller, John Irving, William Goldman. Great story tellers and able to use language to create atmosphere and characters to a degree well beyond most others. Also, in the case of Heller, there is a searing honesty in his words that makes us look long and hard in the mirror and question ourselves. When I read or write I’m looking for entertainment, education and challenges – and Heller exemplifies those elements.

I’m not sure I have a genre as such. My books tend to be classified as general fiction, literary fiction or contemporary fiction. In the case of The Blue Bench it is historical fiction, but I tend to think of it as another ‘human story’ that happens to be set in 1920.

I did make a decision early on that there are many great writers in all genres and, to be brutally honest, I wasn’t going to add anything those genres didn’t already have – so why try to adapt my stories to fit those genres? Better to write my stories, my way and have some faith that there would be an audience.

I know in some quarters there is debate about whether the generally accepted set of genres used principally for marketing is fit for purpose and, like I imagine all writers, I have my views, but it’s hard to imagine major changes being made that don’t confuse readers more than help.

Which genre would you choose if you had to change?

I honestly don’t know. Having said that, I do admire those who can write humour with a touch of farce. To make a reader laugh out loud is a rare talent and possibly underrated. Tom Sharpe is one such writer that springs to mind.

Easy one: Yossarian from Catch 22. A young man staging his own quiet rebellion against the madness of war, not afraid to face his true feelings and subtly fight against the pervasive military institutions, using his intelligence to fight for his own sanity when surrounded by absolute lunacy. He is the creation of literary genius – Joseph Heller.

I’m impressed with Yossarian, can you tell?

Facebook – though my daughter tells me the world is moving on, but I don’t think so, yet.

Sleep in – but only until I feel guilty, which tends to be early (for a sleep-in)

PJs or ‘normal’ clothes when writing?

And finally … What’s your favourite book of all time?

You can keep up with all Paul’s news by contacting with him on the following social media accounts:

Now, the book! The Blue Bench was released in June 2018 and all the reviews so far are wonderful. Here’s the blurb … 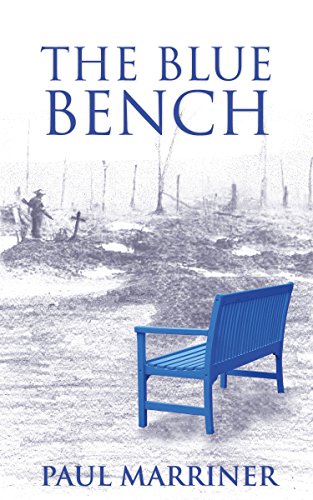 A masterfully written story of yearning and love in 1920 as a nation grieves – one soul, one person at a time. The body of the Unknown Warrior is coming home, can Britain find peace?

Margate 1920. The Great War is over but Britain mourns and its spirit is not yet mended.

Edward and William have returned from the front as changed men. Together they have survived grotesque horrors and remain haunted by memories of comrades who did not come home. The summer season in Margate is a chance for them to rebuild their lives and reconcile the past.

Evelyn and Catherine are young women ready to live life to the full. Their independence has been hard won and, with little knowledge of the cost of their freedom, they are ready to face new challenges side by side.

Can they define their own future and open their hearts to the prospect of finding love? Will the summer of 1920 be a turning point for these new friends? As the body of the Unknown Warrior is returned, can the nation find a way forward?

You can get your copy now over at Amazon!