I’m over the moon to welcome historical fiction author, Anthony Riches to my blog today!

Riches is one of my dad’s favourite authors, so I was keen to find out more about the man behind the books. I grew up watching historical films, Ben Hur and Spartacus to name two favourites, but my reading habits fall more towards to the crime thriller … Perhaps I need to address that now! My dad sings Riches’ praises and has ALL his books so they might be a good place to start!

Now, without further ado, welcome, Anthony! Thanks for sparing me some time …

What process do you follow for your writing? Are you a planner or do you just let it flow? Straight to PC or pen and paper?

I couldn’t plan a book to save my life. I’ve always known how each of the books in the Empire series began, and how it would end, but in between? No idea. And that’s both a blessing and a bit of a curse, blessing when my characters do something unexpected and surprise me, and curse when they decide to take the day off!

I recommended this way of working to my friend Robyn Young who gamely gave it a go and rang one day to tell me that her characters were stuck in a tavern in the south of France and that furthermore I was an idiot. Harsh but entirely fair. Apparently, my method delayed her delivery by several months and is now known to her editor as ‘The TRM’…the Tony Riches Method. I’d not sure he approves…

That’s brilliant! I might advise my authors to use this method too!

Do you attend writing/author focused conferences? Which is your favourite?

I’m the chair of the Alderney Literary Festival, which is as close as I’ve ever got to the more technical side of writing. As you might have guessed from the last question, writing is very much an art and in no way a science for me. Alderney is brilliant, 2000 people on a tiny island and lots of them wanting to meet authors. The hospitality is legendary and the range of speakers formidable. A lovely, lovely place to be.

How many manuscripts do you have that you never submitted? Will you consider approaching your publisher with them now?

One. Eleven Target, a thriller. And no way would I ever submit it without a total re-write. For one thing it’s twenty years out of date, and for another it’s nowhere near good enough. And I have plenty to be getting on with…

What one piece of advice do you wish you received before you started writing?

Not to expect to get published straight off the bat…it took me years and years and a lot of reading (reading is the only advice I ever give aspiring novelists, reading and lots of it will polish your style better than all the creative writing workshops going in my opinion). Mind you, it took ten years of it to make Wounds of Honour publishable…perhaps I should have taken a workshop or two!

What is your favourite thing about the whole writing process?

When I realise that I actually have a book on my hands and not just 40,000 words of nonsense. It’s huge relief to a non-planner to get over the hump of ‘what’s this one really about?’ and start laying down some serious story lines.

The delightful/terrifying moment when a character does something unexpected. Or gets killed without any warning – even to me!

Was there a particular book that made you sit up and think that’s it, I’m going to be an author too?

Conn Iggulden’s series about Julius Caesar was a particular source of motivation for me.

Who do you envisage as playing your characters if your book was ever turned into a movie?

Times have moved on, but I always imagined Patrick Stewart as Uncle Sextus. I think he’s still got the muscles for it too! After that it’s not something I’ve ever considered much. I think half the pleasure is being able to imagine your characters as you like and not putting limitations on that interior life. Which is what makes books so great – we all see something different when we read, and why films and TV can be disappointing even when they’re well made – simply because they aren’t what we imagined.

What do you consider is your greatest accomplishment?

Walking 120 miles from Capua to Rome in full Roman armour. We made a film that was narrated by Sir Ian McKellan – follow this YouTube link: ‘The Romani Walk’ to watch it…it’s great!

Thank you so much for joining me today, Anthony, I love getting to know how authors work and I think it’s a great piece of advice, not to expect to be published straight away, and to read, read, read!

Anthony’s latest book, Retribution: The Centurions: III, is out NOW, here’s the blurb … 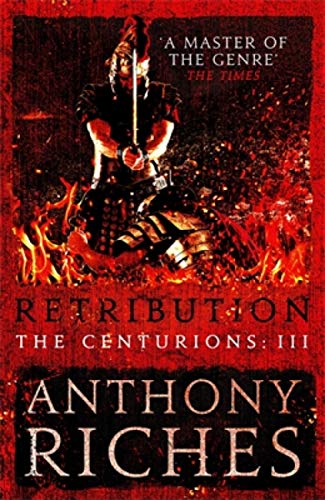 The action-filled climax of the epic story of the Batavi uprising in AD 69, from the author of the bestselling Empire series.

Victory is in sight for Kivilaz and his Batavi army. The Roman army clings desperately to its remaining fortresses along the Rhine, its legions riven by dissent and mutiny, and once-loyal allies of Rome are beginning to imagine the unimaginable: freedom from the rulers who have dominated them since the time of Caesar.

The four centurions – two Batavi and two Roman, men who were once comrades in arms – must find their destiny in a maze of loyalties and threats, as the blood tide of war ebbs and flows across Germania and Gaul.

For Rome does not give up its territory lightly. And a new emperor knows that he cannot tolerate any threat to his undisputed power. It can only be a matter of time before Vespasian sends his legions north to exact the empire’s retribution. 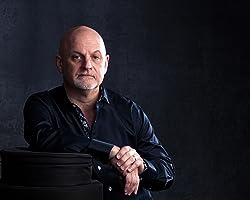 Anthony Riches began his lifelong interest in war and soldiers when he first heard his father’s stories about World War II. This led to a degree in Military Studies at Manchester University. He began writing the story that would become Wounds of Honour after a visit to Housesteads in 1996. He lives in Hertfordshire with his wife and three children.