The Failsafe Query is Michael Jenkins’ debut novel and I am delighted to welcome him onto my blog today to introduce his main character, Sean Richardson.

So find a nice quite spot on the bus/train for your commute or grab a cuppa and a biccy and enjoy!

So, Michael, when did you create Sean?

Sean, the main character, is based upon three individuals I served with as an intelligence and bomb disposal officer – It was great fun blending in some of the raw character of my friends, their foibles, and their rough edges.

It was important to me that Sean did not become the tired ‘lone wolf’ superspy that you usually find in spy thrillers, but I wanted him to use his charisma and flair to lead a team of highly skilled forensics operators.  Sean is a highly skilled professional, who pulls off his missions by selecting and leading the right team of people for the job. He is flawed, he makes mistakes, pays his dues, and has to find ways to live with the extensive trauma his profession has caused him.

Very much the character needed to accommodate the entertaining plot and story – Sean’s flawed, complex and sometimes painfully human personality was so important to provide authenticity to the current day roles of intelligence officers.  helps make this story feel very realistic.

He is a tired operator – tired of the killings, government duplicity, but yet, he still has a fierce loyalty to his service and to that of the crown. He therefore has complex issues and moral conflictions to think through – he simply wants to do what is right – whether it’s being loyal to a friend or getting revenge for a betrayal that deserves nothing but a fierce reaction – I love his complexity of trying his best to stick to his values and standards.

His brutal methods of dealing with a situation once he has thought them through and decided what was the right thing to do.  Once he crosses the line, there is no going back for him.   It’s all black and white, no grey area, and win or bust for Sean

Did your early readers/editorial team like Sean to start with or did you have to change him in any way?

The editorial team loved the complex character and his flaws – but I did need to develop a better prose and style to get right into the cockpit of Sean’s eyes, what he saw, felt, observed, and smelt.   Given that he was based on real life people, it was easy to bring his charisma and leadership to life – his mistakes and deep traumas too.  I loved showing how he dealt with his traumas – he put them in a drawer and visually opened them only occasionally.

As I mentioned, he is a blended character based upon 3 ex intelligence and military officers I know.  His habits and way of speaking reveal an ability to operate right at the dirty dealing on the ground, but also the ability to elevate himself to being comfortable with conversing and socialising with royalty and ministers and the political elite.

Sean has now gone into hiding as the Russians have a contract on his life – but he will return in the follow up novel, The Kompromat Kill, which sees him given a complex mission against Russian and Iranian spy’s.  He’ll need the best of his teams to operate together to save a number of lives, but during this journey he will stumble upon two staggering secrets from the cold war and from the Balkans war.

Without a doubt!  A true character that I’d happily share a beer and stories with sat in a London bar.

Sean sounds amazing! And I know for a fact that the majority of you reading this post will LOVE this book ! I may have had a sneaky peek at an early copy and it’s a belter! 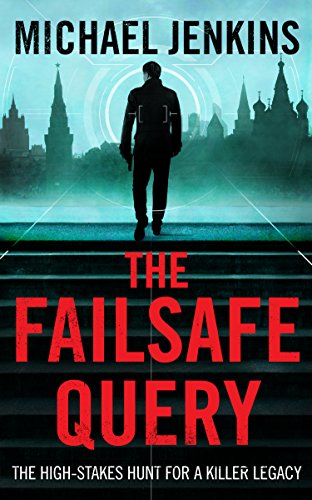 The Failsafe Query is a gripping thriller set in the contemporary world of modern British espionage.

Sean Richardson, a disgraced former intelligence agent, is tasked to lead a team to search for Alfie Chapman, an Intelligence officer on the cusp of exposing thousands of secrets to the media. This includes a long lost list of Russian moles embedded since the Cold War, one of whom remains a public favourite in the British parliamentary system.

The action moves with absorbing pace and intrigue across Central Asia and Europe as the puzzle begins to unfold through a deep hidden legacy.

Tense, fast paced, and insightful, The Failsafe Query twists and turns to a satisfyingly dramatic finale.