In my second post of the day, I’m sharing my thoughts on The Visitors by Catherine Burns 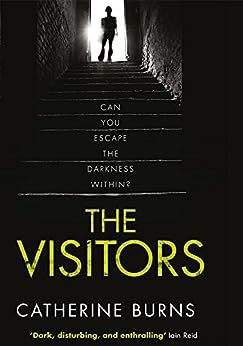 Perfect for fans of Paula Hawkins and Ruth Ware.

Marion Zetland lives with her domineering older brother, John in a decaying Georgian townhouse on the edge of a northern seaside resort. A timid spinster in her fifties who still sleeps with teddy bears, Marion does her best to shut out the shocking secret that John keeps in the cellar.

Until, suddenly, John has a heart attack and Marion is forced to go down to the cellar herself and face the gruesome truth that her brother has kept hidden.

As questions are asked and secrets unravel, maybe John isn’t the only one with a dark side.

Told in a now and then format narrated by the main female character, The Visitors tells the story of fifty-something spinster, Marion Zetland.

Marion is down-trodden, overweight, and has lived in the shadow of her older brother, John, all her life. She does everything for John, including not asking what goes on his cellar.

As the story progresses, we discover all about Marion’s childhood and the strange relationship she had with her mother, which ultimately to an even stranger relationship with her brother. Burns is a great writer and manages to create and build a tension in almost every sentence, what a skill!

Not a particularly fast paced novel, but still gripping, The Visitors is full of atmosphere and an underlying feeling of impending doom … and for good reason.

Marion has always turned a blind eye to what her brother does, but there are hints throughout which give the reader a general idea. She’s a complex character, very childlike in her ways but her internal thoughts are something to behold. As the story progresses, we see Marion go through a transformation, she starts to see her own potential and things start to change.

She starts to change.

Then John is taken seriously ill and Marion must face her darkest fear.

As the secrets of John’s life start to unravel, things take a sinister turn and nothing is as it seems.

I enjoyed The Visitors. A great addition to the domestic noir genre that will give you goosebumps!

My thanks to the team at Legend Press for inviting me on to the blog tour!

Make sure you keep up with the rest of it:

You can grab your copy over at Amazon now! 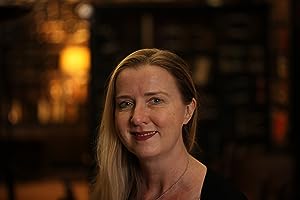 Born in Manchester, Catherine Burns is a graduate of Trinity College Cambridge. She worked as a bond trader in London before studying at the Moscow Institute of Film, and teaching film theory at Salford University. The Visitors is her debut novel.