Today I am handing #BookwormHQ over to author Katharine Johnson who is celebrating the release of her second book, The Secret!

The Secret is out!

My new book The Secret was published on 1st June.

The Secret is the second book set in Villa Leonida in the small mountain village of Santa Zita in Tuscany.

In The Silence which was published last year some bodies were discovered during a children’s game of hide and seek at the idyllic holiday home – deaths which relate back to the summer of 1992.

One year on, in The Secret, the villa is for sale again.

Which for elderly resident Sonia means only one thing – that talk will start up again about the bodies which were found there, and her own secret which dates back to the night of the deaths in 1992 will claw its way out.

Sonia’s secret relates back to one in her mother’s past which nearly destroyed the village and which restaurant owner Carlo is determined to uncover. Their mothers were best friends before the war but stopped speaking to each other afterwards. As a former journalist Carlo’s plagued by this one story he’s never had the courage to investigate and now, with the onset of his mother’s dementia, he realises time is running out. But while he’s desperate to reveal the truth, Sonia’s desperate to keep it hidden.

Why I wrote it.

I love the idea of a house containing different stories from the generations that pass through it. Tuscany with its ancient houses and complex history seemed a perfect location for this.  The remote village setting suited The Silence because it was easy to imagine a crime could be covered up for 25 years and that in such a small place the village would close ranks against the outside world and keep the secret within its walls.

And Tuscany’s situation in WW2 was ideal for The Secret where friends and families are split by the conflict and no one knows who to trust.

You can buy the book here https://mybook.to/thesecretjohnson

This sounds brilliant! There were tons of great reviews for The Silence and I’m certain The Secret will be just as well received! 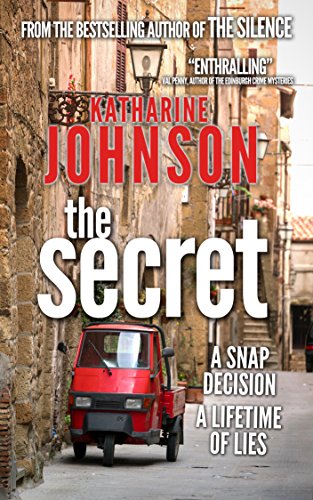 Two girls growing up in Mussolini’s Italy share a secret that has devastating consequences.
Against a backdrop of fear, poverty and confusion during the Second World War, friendship is tested, and loyalties are divided until a chance encounter changes everything.

Their lives diverge when beautiful, daring Martina marries and moves into Villa Leonida, the most prestigious house in their Tuscan mountain village, while plain, studious Irena trains to be a teacher.

But neither marriage nor life at Villa Leonida are as Martina imagined. And as other people’s lives take on a new purpose, Irena finds herself left behind.

Decades later, a tragedy at the villa coincides with the discovery of an abandoned baby, whose identity threatens to re-open old wounds among the next generation. 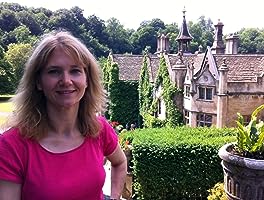 Katharine Johnson is a freelance writer and editor and has worked for a variety of magazines. She has a passion for crime novels, old houses and all things italian (except tiramisu). She grew up in Bristol and has lived in Italy. She currently lives in Berkshire with her husband, three children and madcap spaniel. When not writing she plays netball badly and is a room guide in a stately home. She is currently writing her third novel.