I’ve always been keen on Regency Romances, so when I finally got serious about writing a novel, I knew it had to be in this time period. The Mrs MacKinnons grew from a vague wondering about what it would be like to renovate an old house. As it’s a romance, the couple have to fall in love while doing so. Then I started to think about how that might come about, and why he’d need the help in the first place, then all sorts of other complications occurred to me, until I came up with a soldier returning to England from India to take up an unexpected inheritance, complete with the required dilapidated house. I gave Matthew a horrible step-mother and half-brother as well, and some traumatic experiences in India, just to make him suffer more (authors are horrible to their heroes at times!).

Then I had to think, why would a well brought up young woman need or want to help someone like that, so I made Charlotte MacKinnon a widow with a young son, struggling to make ends meet in a small village nearby. The rest developed from there.

It really made my day (week, even!). This is my first book, and I’ve got good reviews (although not very many so far), but to get a separate award where readers have to evaluate against different criteria was a real boost.

I’ve only just started fiction writing, under my pen name of Jayne Davis. I have numerous titles under my real name, but they are nearly all school science text books, so not really the things your readers are interested in!

I’ve got one book in the final stages of editing – Playing with Fire is the story of a young woman who is almost arrested in France when France declares war on Britain in 1793, and the man who helps her to escape.

However, now I’m learning more about the whole Indie publishing business, this will be put on hold for a while. Many of my ideas can be linked through one person (one of the minor characters in The Mrs MacKinnons). Each book will be standalone, but fans of story series will often find characters they know from other books.

So my current writing (as opposed to polishing and editing) is the first book in the series, set in 1777, and is the story of this linking character. The title may be something like Cherish and Obey, or it may be Sauce for the Gander – I haven’t decided yet!

Reading, gardening, cycling, walking in the hills (or, sadly, faffing too much on the internet!)

These questions are linked, and I’ll take this as meaning my journey to fiction writing. I was hooked on Georgette Heyer and Jane Austen as a teenager, so they are my reason both for writing fiction and the period and genre in which I have chosen to write.

I’m going to cheat and list a couple of more modern authors as well. I’ve heard Carla Kelly referred to as writing ‘Dukeless’ romances, meaning she writes love stories about people who are not always from the ranks of the aristocracy. I’m aiming to do that with at least some of my books.

The other is Courtney Milan, whose characters, even the aristocratic ones, are definitely not all the standard ‘handsome and rich’ alpha males, and often have complicated backstories and mental and/or emotional hangups that are believable.

So, two authors whose quality of writing I’d like to emulate (and I wouldn’t mind emulating their sales figures, either!)

Hmm – science fiction, probably (although they might turn out to be romances in space!). I loved Anne MacCaffrey’s Dragonrider books, but I also love ‘hard’ sci-fi, where the physics makes sense (I used to be an engineer…)

Marvel or DC? Neither.

Early riser or sleep in? Early rise in the summer, with the sun streaming in the window, sloth in the winter.

Planner or pantster? Pantster (but then I have to do a plan for the 2nd draft)

Book or kindle? Kindle, except when I’m reading in the bath (I have been known to drop a book).

Pineapple on pizza – yes or no? Sometimes.

And finally … What is your favourite book of all time? Aaargh! How can I choose just one??

You can keep up with Jayne’s news by following her on the following social media platforms:

If you’re an indie author or are published by a small press, you can find out about the Chill With A Book Award here!

The Mrs MacKinnons is out now, here’s the blurb … 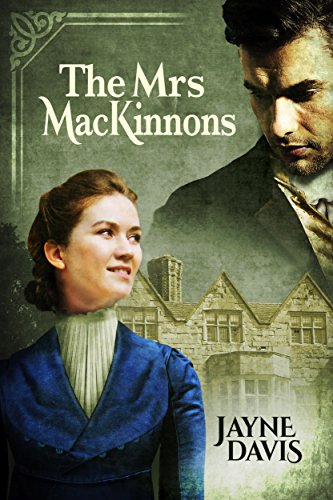 Major Matthew Southam returns from India, hoping to put the trauma of war behind him and forget his past. Instead, he finds a derelict estate and a family who wish he’d died abroad.

Charlotte MacKinnon married without love to avoid her father’s unpleasant choice of husband. Now a widow with a young son, she lives in a small Cotswold village with only the money she earns by her writing.

Matthew is haunted by his past, and Charlotte is fearful of her father’s renewed meddling in her future. After a disastrous first meeting, can they help each other find happiness?

Jayne Davis was born in England, near the Welsh border, and lived in several places while growing up, including a spell in Singapore and in Malta. Malta was where she got hooked on historical romances – living in a rented house whose owners had left behind a whole set of Georgette Heyer novels. Loving Jane Austen and Georgette Heyer, she longed to write similar novels herself. She toyed with the idea several times over the years, but real life intervened and she had several careers, including as a non-fiction author under another name. That wasn’t quite the writing career she had in mind… Jayne is a full time author, dividing her time between historical fiction and her non-fiction work. Find out more at: http://www.jaynedavisromance.co.uk