It’s my stop on the blog tour for Jim Ody’s novella, Beneath the Whispers and I have two super special guest posts for you. Jim is introducing us to his character, Scotty Dean and shares with us how he spends publication day.

Scotty Dean is a guy who likes to be around people. When left on his own he tends to wallow in self-pity and be contemplative. His childhood was lonely save for his relationship with Mary-Ann. When she was gone he replaced her with a line of different Mary-Ann’s.

He enjoys life and pushes things as far as he can for excitement. He has mates around him but is just as happy to be on his own in a relationship. For the most part he’s happy-go-lucky and but always searches for that relationship with the strong friendship too… just like he had with Mary-Ann.

When completely stuck for thing to do he will retreat to his television to indulge in John Cusack movies!

So much goes on before the Publication Day that it is almost a relief when it finally comes around! Let me explain:

Beneath The Whispers was written in about three months. When I have finished, I will read through and re-edit once more before sending out six ARC copies to my trusted readers. They have two weeks to read and edit before I receive it back and make any changes. From here it goes to my own editor who will spend two weeks editing. When I receive it back I spend another week making the changes. She will receive it again to check changes. I then submit the manuscript to my publisher. This is about seven weeks from boo completion date!

It may be worth noting that whilst waiting at each stage I am then straight on to writing my next project. In this case, I wrote three short-stories which have since been published in separate anthologies.

My publisher will then read it through and send it to our editor. She will advise of any changes, and then it goes to a couple of proofreaders before finally going to print!

Publication Day has me checking sales first thing and then straight on to Amazon to see reviews added by readers who received ARCs. The rest of the day is mundane and normal before the evening when my publisher has an online party. This involves me having an hour slot to talk about my books, before four other authors have a spot to celebrate my release (but an opportunity to tell fans about their books too). The party ends with a few chapters of my book read out live by my publisher.

Hugest thanks to Jim for inviting me on to the tour! Be sure to keep up with the rest of it: 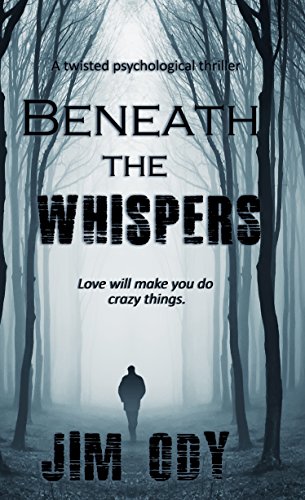 Genevieve Deboise is too good for Scott Dean. He’s always known that. It isn’t a shock to learn she is cheating on him.
What is a surprise is bumping into his childhood sweetheart in the woods where he’d planned to take solace in his heartbreak and bruised ego.

But running into Mary-Ann Jennings isn’t exactly the fairy tale it might seem.
Instead, his first love needs his help finding a USB stick that has fallen into the wrong hands. Now in the cellar of Genevieve’s new lover, Scotty must confront his feelings for both women in order to retrieve the missing USB stick.
On a quest to confront his past and locate Mary-Ann’s property, he journeys through the whispers that have always surrounded him.

Love will make you do crazy things.
But is it enough to get beneath the whispers? 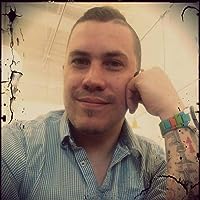 Jim was first published in an English School Textbook in 1987. He won a competition to draw a dog-walking machine. Having won an art competition the year before, he felt that at the age of eleven he had peaked and consequently retired from art.

For 10 years Jim wrote for a number of websites reviewing and interviewing bands in his own unique way, as well as contributing dark poems and comedic features.

Jim likes to write psychological/thrillers that have endings that you won’t see coming. He also favours stories packed with wit.

Zombie Cupcake Press have published his two books ‘Lost Connections’ and ‘The Place That Never Existed’, and will release his third ‘A Cold Retreat’ in January 2018. He also has a short stories in a number of anthologies with Zombie Cupcake Press and Bloodhound Books. Next year will see the release of a haunting novella, another psychological thriller and the start of a comedy/crime series (Caper & Dice).

He has a very strange sense of humour and is often considered a little odd. When not writing he will be found playing the drums, watching football and eating chocolate. He lives with his long-suffering wife and three beautiful children in Swindon, Wiltshire.