Have your heart stolen …

I did … literally! Today, for the first time, I am reviewing a book in which I die. That’s right, Robert Enright killed me off in this book! Nice, huh?

But, before I share my thoughts on my gruesome death, here’s the details on the book … 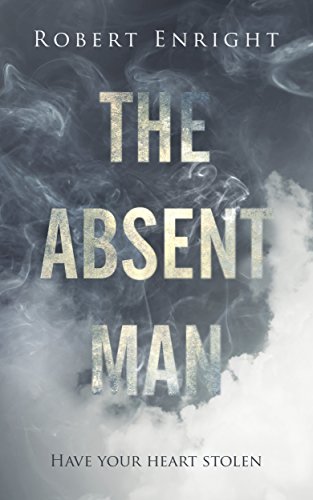 A woman is found dead in her flat on a freezing night in Glasgow, her heart ripped from her chest. With no signs of a weapon or forced entry. Hours later, her heart is delivered to the Necropolis on the outskirts of town.

Six months after stopping the terrifying Barnaby atop Big Ben, Bermuda finds himself on the hunt for a killer in a city he doesn’t know with a police force that doesn’t want him. With no links between the victims and the death toll rising, Bermuda has to face a sceptical detective, a seemingly distracted Argyle and an unknown horror that stalks from the shadows.

All in the name of answering one question…

Who is The Absent Man?

The Absent Man is an urban fantasy thriller that revisits The Otherside and will have you on the edge of your seat.

Bermuda is back with a bang and what a bang it is!

Sent to Glasgow to investigate some sinister goings on, Bermuda and his Neither best friend, Argyle, are determined to protect us mere mortals from the Others.

Enright has seriously upped his game with this one, Doorways was brilliant, and you can read my review here, but The Absent Man is a serious step up. The developmental side of the characters in this novel is great. Bermuda becomes something more than he was in book one, we see a different side to him as he struggles to deal with his personal issues as well as the murders he is investigating, just as we see Argyle become more humane. I LOVE that!!

The relationship between Bermuda and Argyle is great. I love how they interact with each other and the way they work together. In the mix in The Absent Man is DS Sam McAllister, a real ball-breaker of a copper, she is a fantastic character and adds a whole new dimension to this relationship. One that I hope will continue in future books.

As with all great thrillers, we know whodunit fairly early on in the book and it’s the journey we are taken on in the investigation that makes it so thrilling, and trust me, this one will have you on the edge of your seat as the team try to find out who, or what, is stealing hearts.

A fantastic follow up for Enright, and definitely a series you need to get involved. Yes, it’s a sci-fi but primarily a crime book, trust me, you will be hooked!

Hugest thanks to the author for my review copy and for asking me to join the blog tour.

Be sure to keep up with the rest of the tour: 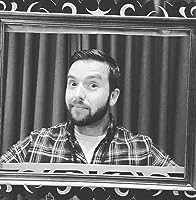 Robert Enright was born and raised in North London and resides in Chesham, Buckinghamshire. Working as a HR System Manager by day, he spends his evenings and weekends writing (or binge watching TV with his fiancé).

Robert first self published One by One in March 2016 and saw it published by Britain’s Next Best Seller in October 2017.

In early 2018, DOORWAYS will be re-released as an e-book, paperback and audio book under Robert Enright’s management. The sequel, THE ABSENT MAN will also be released in early 2018. The third in the series, WORLDS APART, is set for a late 2018 launch. A prequel, titled BERMUDA, is in the works for a 2018 launch also.

For more information about Rob and his upcoming books, then feel free to check him out on social media: