I’m closing down the blog tour for Scandal by Sasha Morgan today and I have a great extract to share with you. 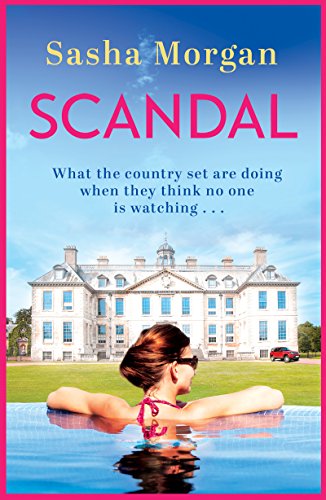 As the new custodian of the ancestral home, Treweham Hall, Tobias Cavendish-Blake soon discovers exactly what he’s inherited. Instant financial action is needed if the Hall is to survive the mounting debts it’s racking up. Adding insult to injury the family is forced to sell the Gate House on the estate to lottery winners Gary and Tracy Belcher – not the kind of neighbours Tobias was hoping for.

Megan Taylor inherits her grandmother’s country cottage in the village of Treweham and decides to make a fresh start there, taking a job at the local country pub.

When Megan meets Tobias, the attraction is clear, but she is determined to resist his charms, put off by his reputation and that of his best friends – the rakish Seamus Fox, son of a millionaire race horse trainer and dastardly jockey Dylan Delany. But Tobias is a hard man to resist…

‘I’m due a race soon,’ Dylan chipped in. ‘A substantial wager would bring in the bacon.’

Tobias grinned. ‘What if you lose?’

‘I never do, not when it matters,’ replied Dylan with confidence and a wink. Dylan’s ocean-blue eyes twinkled with mischief. He was fiercely competitive and his athletic physique made him the hugely successful jockey he was. His ancestry dated back to Romany travellers, and he attributed his gift of the gab to this, as well as his success with the ladies. Dylan Delany was a real catch, everyone knew that, but the trouble was he refused to be caught. He weaved his way through various relationships, ducking and diving, avoiding any commitment. The more unobtainable he became, the more he was desired.

Dylan had a reputation and it took some upholding. He couldn’t help it if he loved women. He genuinely did like their company. He appreciated their femininity, the way they dressed so elegantly, their fragrance, their beautiful shiny, long hair, or sassy short hair, for that matter – he liked both. He was a sucker for any damsel – he was only human, after all. But deep down Dylan was a decent man and hated to see one of his close friends in any kind of trouble. Seamus was equally protective of his best friend.

‘True,’ agreed Seamus, ‘but it’s too much of a risk in the current climate.’

Dylan looked at him. ‘Says the Fox for whom I’ve made a fortune.’

‘True again,’ said Seamus with a laugh. Fox was a fitting name for him, with his ginger hair and sly, cunning wit.

‘Sometimes I feel like selling the whole bloody place, lock, stock and barrel to some rich American… throw in the title, too,’ moaned Tobias.

‘Surely it’s not that bad,’ sighed Seamus. He’d grown to love Tobias’ home, spending many a childhood summer there, and he smiled wistfully remembering the scrapes they’d got into. He’d also grown to love the family, who always made him feel so welcome. In later years Treweham Hall had acted as a temporary retreat when he had fallen out with his father. Sean Fox was a formidable force. He had a driving ambition where his horses were concerned, and ran his stables with a cast-iron fist. Although he loved both his sons, he wouldn’t tolerate any form of subordination and treated them as he would any other member of staff, strictly but fairly. A young Seamus didn’t agree with his father’s authoritarian methods and his defiance had got him booted out of the Fox household. The Cavendish-Blakes came to the rescue, giving him the full use of the Gate House on their estate. This had proved to be the perfect solution, especially to Seamus’ mother, whose desperate pleas to bring Seamus home had been totally ignored by her hardened husband.

Want to read the rest of it? Of course, you do! Pop over to Amazon now to download your copy … 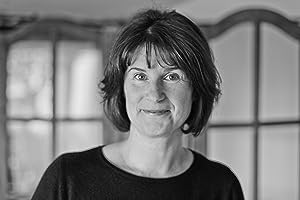 I live in a village by the coast in Lancashire with my husband and Labrador dog, Zac and have one grown up son. I write mainly contemporary fiction, with a touch of ‘spice’, probably due to all the Jilly Cooper novels I read as a teenager! Besides writing, I love drinking wine, walking the dog and curling up with a good book.

My thanks to the author and publisher for inviting me on to the tour!