It’s my stop on the blog tour for Lord Ravenscar’s Inconvenient Brothel today and I have an extract to share with you all. 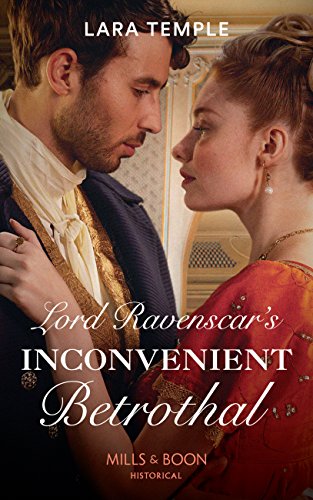 “Women either ran from Lord Ravenscar or ran to him.”

Alan Rothwell, Marquess of Ravenscar, is furious when unconventional heiress Lily Wallace refuses him purchase of her property. He can’t even win her over with his infamous charm. But when fever seizes him and they’re trapped together, horrified, Alan realizes Lily’s attentions will compromise them both! His solution: take Lily as his betrothed before desire consumes them completely…

‘Did you do this?’ the young woman demanded.

The absurdity of her question when it was apparent she not only was the author of this destruction, but probably also mad, roused Ravenscar from his shock. He surveyed the room again. And then her, more leisurely. She must be quite strong because though the mace was substantial she held it aloft very steadily, rather like a cricketer waiting for him to bowl. She was also reasonably pretty so it was a pity she was mad.

‘Why would I do this?’ he temporised. ‘You can put that mace down, by the way. I’m not coming near you, believe me.’

The tip of the mace hit the floor with a thump that shook the room, but she didn’t release the handle.

‘Who are you and what are you doing here?’

‘What I am doing is giving you wide berth at the moment. Is your mania general or is it directed against anything medieval?’

She looked around the room for a moment and her mouth drooped.

‘I don’t understand. Why would anyone do this? It makes no sense.’

‘That is the definition of madness, isn’t it?’

She frowned at him.

‘I’m not mad. You still haven’t explained who you are and what you are doing here.’

‘I represent the people who were about to acquire the house from Albert before he inconveniently passed away.’

‘That’s not very nice. I think his death is much more inconvenient for him than for you,’ she said, a sudden and surprising smile flickering over her face and tilting her eyes up at the corners, transforming her looks from passable to exotic. He moved into the room, just a couple steps so as not to alarm her.

‘Not at all. He’s dead. Nothing can inconvenience him now.’

‘You can’t possibly be a solicitor. I’ve met dozens and not one of them would dare say something like that.’

‘Dozens? You are perhaps a criminal then?’

Worse? Perhaps she was mad. She didn’t seem addled, but neither did she seem very affected by her cousin’s recent death or even by being alone in a vandalised and empty house and in the presence of a stranger. Ravenscar knew his worth when it came to women and he wasn’t used to be treated with such cavalier insouciance; Rakehell Raven usually caused a much more gratifying response. Women either ran from him or ran to him, they rarely held their ground.

‘What’s worse than a criminal, then? A nun?’ he asked.

‘On what scale is a nun worse than a criminal?’

‘On the scale of flirtation material. I don’t flirt with nuns. Criminals are fair game.’

Her eyes widened further, the honey even more apparent the closer he came. Her skin also had a warm cast to it. This was no milk-and-water miss, despite her clothes. There was also just the faintest musical lilt in her voice which was neither London nor West Country. Perhaps she wasn’t as proper as she looked, which would present some interesting possibilities…

‘You are standing in what closely resembles the ruins of Carthage, facing a woman armed with a mace, and you are considering flirtation? You don’t look addled, but I’m beginning to suspect you are. Either that or quite desperate. Please put down that book. It’s mine.’

‘So you pointed out, but my advice is that you might not want to argue with someone you suspect is either addled or desperate or both.’

‘Thank you kindly for that advice. Now put down the book and step back.’

He moved closer, making his way around the pile of books.

‘Not until you tell me what you believe is worse than a criminal. Somehow I can’t quite see you as a nun.’

Her smile flickered again, but she mastered it. She raised the mace slightly and let it hit the ground again with an ominous thump. He stopped.

‘I shall take that as a compliment though I am certain most would disagree. You have three chances to guess. If you do, I will make you a present of that book. If not, you leave quietly.’

Has this left you wanting more? Of course it has! Of you go to Amazon …

Huge thanks to the author and Rachel over at Rachel’s Random Resources for inviting me on to the tour! 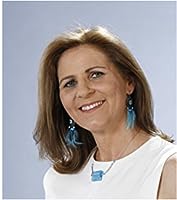 Lara Temple writes strong, sexy regency romances about complex individuals who give no quarter but do so with plenty of passion. Her fifth book with Harlequin Mills & Boon, Lord Ravenscar’s Inconvenient Betrothal (#2 in her Wild Lords series) will appear in March. Her four previous books are: Lord Hunter’s Cinderella Heiress, The Duke’s Unexpected Bride, The Reluctant Viscount, and Lord Crayle’s Secret World.

When she was fifteen Lara found a very grubby copy of Georgette Heyer’s Faro’s Daughter in an equally grubby book store. Several blissful hours later she emerged, blinking, into the light of day completely in love with Regency Romance but it took three decades of various fascinating but completely unrelated careers in finance and high tech before she returned to her first love.

Lara lives with her husband and two children who are very good about her taking over the kitchen table for her writing (so she can look out over the garden and dream). She loves to travel (especially to places steeped in history) and read as many books as possible. She recently went looking for that crowded little bookstore but couldn’t quite remember around what corner it was…hopefully it is still there and another girl is in the corner by the window, reading and dreaming…