OMFG bookworms! You are in a for a treat!! Stephanie Marland’s My Little Eye is going to blow your socks off!!! 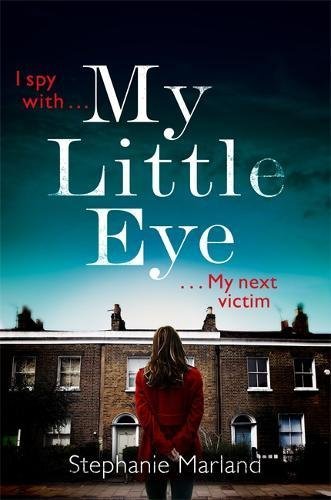 KISS THE GIRLS
A young woman is found dead in her bedroom surrounded by rose petals – the latest victim of ‘The Lover’. Struggling under the weight of an internal investigation, DI Dominic Bell is no closer to discovering the identity of the killer and time is running out.

AND MAKE THEM DIE…
As the murders escalate, Clementine Starke joins an online true crime group determined to take justice in their own hands – to catch the killer before the police. Hiding a dark secret, she takes greater risks to find new evidence and infiltrate the group.

As Starke and Bell get closer to cracking the case neither of them realise they’re being watched. The killer is closer to them than they think, and he has his next victim – Clementine – firmly in his sights.

OMG! This book is AMAZING!!!

Clementine Starke is a recluse. Having spent years hidden away from the world in her London apartment, she is content with watching the world through her pc. For her thesis she is investigating whether the cuts to the police force have made their job so difficult that it would be easier for civilians to solve their criminal cases. Finding like minded people online wasn’t that hard and Clementine is soon a member of a London based true crime group.

As the bodies of two women have been found, killed in what appear to be the same circumstances, the group start to believe that they would have more success than the police and so set up an elite group of the members to find out what they can.

The police are panicking, they now have three dead girls and not a clue as to who is killing them, or why and the lead detective, Dominic Bell, is also under investigation for a previous case that landed with one of the team in a coma.

As the killer strikes again, can either team of investigators catch him??

I love that we have a team of true crime fans sitting behind their computer screens thinking they are better than the police. It’s kinda like how EVERYONE who watched Making A Murderer became lawyers!!! However, when you think about it, one of the reasons they think they can do better is the lack of red tape they will need to go through. They don’t have endless reports to file and chains of command and protocol to follow, they can simply find the evidence they need by carefully selecting the team members who potentially have something to contribute. As the team starts to work towards to finding the killer, it soon becomes apparent to Clementine that all is not as it seems. Is she just being paranoid after her childhood? And what has made her become such a recluse?

I also loved the police team. As a new team they were intriguing and it was great to see them as they are slowly introduced to us. The dynamics between them and the way they worked together was wonderful. I really took to each of them and I really cannot wait to read more.

Kicking it off with a bang, Marland knows how to perfectly pace the plot, feeding us snippets of information bit by bit by bit … she leaves you unable to put this book down, I devoured this in one sitting, it’s such a compelling read!

Twisty and turny, you will be left wondering who the hell the killer is and why on earth they are doing what they are doing, you will really need your wits about you if you want to try and solve this one!

I was lucky enough to be gifted a very advanced (first print run and it came from the same batch that the author got her copies from – and she signed it for so it now has a VERY special place on my shelf!!!!) proof copy of this book whilst at the Theakston Crime Festival in Harrogate last week and I will treasure it forever.

As expected after reading Deep Down Dead, Marland, like her alter ego, Broadribb, weaves a wonderful tale of mystery and suspense, a thriller that will have your heart pumping whilst you hang on to your seat, desperate to see what else Starke and Bell will have to deal with in the future!

It’s available now and it’s ONLY 99p on Kindle!! I strongly recommend that you go and get it now folks! 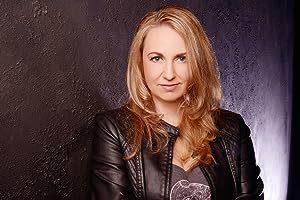 Steph Broadribb was born in Birmingham and grew up in Buckinghamshire. Most of her working life has been spent between the UK and USA. As her alter ego – Crime Thriller Girl – she indulges her love of all things crime fiction by blogging at http://www.crimethrillergirl.com

Steph is an alumni of the MA in Creative Writing (Crime Fiction) at City University London, and she trained as a bounty hunter in California. She lives in Buckinghamshire surrounded by horses, cows and chickens.