It’s my stop on the blog tour for Miss Mary’s Daughter today and I have an extract to share with you, I must admit, it brought a tear to my eye … 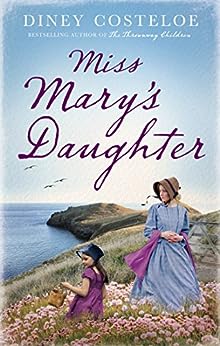 After her mother’s death, twenty-year-old Sophie Ross is left orphaned in London. With no money and little chance of an income, she tries to get work as a governess to avoid destitution. Now alone in the world, she only has the company of her erstwhile nursemaid and faithful friend, Hannah.

But unbeknown to Sophie, her mother instructed Hannah to post a letter to Trescadinnick House in Cornwall upon her death. The letter will be the catalyst that changes Sophie’s life forever as she learns of her mother’s romance, marriage and then ultimate rejection by her own father and the estranged family she left behind in Cornwall.

The Penvarrow family welcome Sophie and Hannah into their fold, but tensions rise and family secrets are revealed as Sophie attempts to rebuild her life and find happiness.

Sophie had never seen her mother shed a tear, though on occasion a bleakness in her expression told of her private grief. Sophie gradually became used to her father’s absence. Sometimes a jolt of reality hit her when she longed to tell him something, wanting to share some excitement or piece of news, and she had to accept again that he would never walk back through the door. But the ordinariness of daily life took over as she went to school, took her piano lessons, walked with her mother along the towpath by the river or across the common, and the fact of his absence became the ordinary.

Will that happen when Mother dies? Sophie wondered as she looked down at the frail form, now asleep in the bed. Tears sprang to her eyes and she bit her lip to stop herself from crying out. How will I manage when she’s not here any more? How can I watch her simply fade away? Will living without her become ordinary?

The end came a week later in that same sunlit bedroom. Mary lay motionless in her bed, no longer aware of her surroundings. She had taken no food for two days; no water since the night before. Sophie was sitting holding her hand, hoping that Mama knew that she was there with her, that she was not alone, but with a gentle relaxation of her hand, Mary slipped into her final sleep.

On a hot August day, with sun burning in a cloudless sky, the coffin was carried in a plain black carriage pulled by a single, black-plumed horse, first to the church and then to the cemetery. This time it was Sophie who led the little knot of mourners who followed on foot.

Sophie had written to her Uncle Harold to tell him of her mother’s death and had received a black-edged card of condolence, but he had not come to the funeral, pleading pressure of business. Mr Phillips was there, as was Dr Hart, but when they left the graveside, Sophie and Hannah walked quietly home and Sophie was left to mourn her mother alone.

Since the death of her father five years earlier, Sophie and her mother had only each other, and Mary’s last illness had bonded them closer than ever. Now Sophie was left surrounded by an infinite emptiness, achingly alone. Her life seemed to stretch out bleakly in front of her, a grey wasteland full of pitfalls that she would have to negotiate by herself.

On the day after the funeral Hannah took the letter from Mary’s bureau to the post. It was only a letter to some distant friends, she had reasoned. There was no hurry for them to receive it; they lived somewhere in Cornwall and would hardly be coming to the funeral. Sophie might hear from them some time in the future, but as far as Hannah was concerned the important thing had been to get the funeral over and consider what to do next.

Hannah was no fool and she knew well that they’d been living on a shoestring for the past couple of years, and there were certain things that needed to be decided upon, and sooner rather than later. She was relieved when the lawyer, Mr Phillips, came to see Sophie, bringing the simple will that her mother had left. Surely a man like Mr Phillips would know what they should do, Hannah thought as, having served them tea, she retreated to the kitchen and left them to it.

‘Everything of your mother’s is left to you,’ Mr Phillips told Sophie. ‘There’s a little money and a few pieces of jewellery. She mentions a ring and a necklace.’

‘I know about those,’ Sophie told him. ‘They were given to her by my father. I’m sure there used to be a bracelet that matched the necklace, but I can’t find it. I think Mother must have sold it.’

‘If that’s the case,’ he suggested gently, ‘you might think about selling one of the other pieces, just to tide you over until…?’

Until what? wondered Sophie. Until I get a job? Until I get married? Until I have to sell the next piece? But she gave utterance to none of these things, simply saying, ‘I don’t intend to sell those if I can help it, Mr Phillips.’ She managed a smile. ‘I know things are going to be difficult from now on. For a start, I shan’t be able to last long on the money I’ve got now. Mama’s illness was long-drawn-out, you know, and the doctor’s fees mounted up. Then of course there was the funeral… We’ve been eating into capital, I’m afraid.’ She smiled ruefully. ‘And there wasn’t much in the first place.’

My hugest of thanks to the author and publisher, Head of Zeus, for inviting to take part in the tour, do make sure you keep up with the rest for more extracts and author guest posts.

And you can go and grab your copy of the book now over at Amazon: 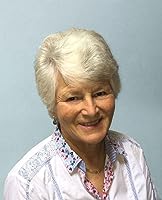 Diney Costeloe is the bestselling author of The Throwaway Children, The Runaway Family, The Lost Soldier, The Sisters of St Croix, and The Girl With No Name. She divides her time between Somerset and West Cork.