It’s the final day of the blog tour for the second instalment of Jane Lythell’s StoryWorld series, Behind Her Back and I’m closing it down with an awesome extract. 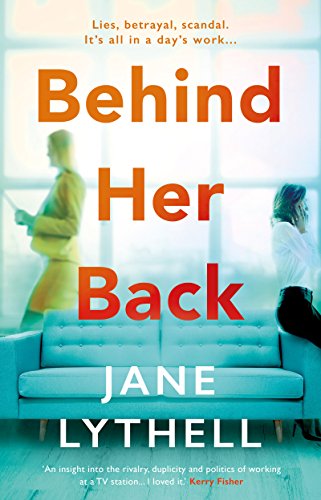 In a TV station run by men, how do the women make themselves heard?

Liz Lyon is a television producer at StoryWorld, the UK’s favourite morning show. Her job is stressful and demanding, but she is determined to show her teenage daughter that women can succeed.

Then a new female colleague joins the station. In this predatory climate of toxic masculinity Liz and Lori should be helping each other. But when Lori starts secretly building her power base with the bosses, Liz is desperate to know what’s going on behind her back…

Douglas had told me he was going to an away match with his son Stewart. I’ve taken to checking Norwich City Football Club fixtures and results, which I know is stalkerish of me but there you go. It was a bright blowy autumn day with clouds scudding across the sky. I’d already cleared the backlog of washing, deadheaded the flowers, restaked my tomato plant and swept our garden. I was itching to get out and do something nice with Flo, to heal our horrible breach. Maybe I could suggest we go out with Rosie.

Teenagers seem able to sleep the sleep of the dead till lunchtime. I took in mugs of tea for them and they sat up.

Flo’s face was puffy from sleep and her hair mussed up.

‘Did either of you hear me last night?’

‘Mr Crooks brought in a full-grown frog. It made the most awful shriek, almost human-sounding.’

‘Did he kill him?’ It was Rosie again. Flo was sipping her tea and looking at me over the top of her mug.

‘I was thinking let’s do something today. We could go to Regent’s Park and hire a boat again. And you’d be so welcome to come, Rosie.’

‘A rowing boat, not one of those silly pedalo things,’ Flo said.

I rowed us away from the boathouse, the water dripping off the oars. We watched a mallard dip, his rear sticking up as he tugged at something below the water.

‘What do ducks eat?’

‘I thought they lived on weeds and algae,’ I said.

‘They eat that too. They have to forage all the time to get enough.’

Flo knows a lot about birds and animals. It’s a major area of interest with her and I think in time she may study zoology.

We swapped places and she rowed us round the lake. I felt a fragile peace growing between us. She went near the edge where a tree leaned its branches into the water and the leaves made their own little current. She rested the oars and we sat looking at the eddies in the water. There was a distant rumble from the traffic like a low bass accompaniment. A pair of swans glided past our boat.

‘Is it serious with that man?’ she said.

It was a sudden change of topic but we needed to talk about Douglas.

‘But you had sex with him?’

‘Are you going to have a baby with him?’

‘Oh, darling, whatever made you think that?’

‘When he calls you your face goes all moony,’ she said.

She pulled a silly face and I laughed.

‘No babies planned at present.’

‘Good! There’s this girl at school and she went to fourth base and she may have got herself pregnant but she refuses to do a test.’

‘You should hear the things the boys are calling her,’ Flo said.

This must be the girl I had heard Flo talking about with a friend.

‘I hate that. There are such double standards, aren’t there? I mean, when I was your age a girl who had a few partners was called a slut or a slag but if a boy had several partners he was a bit of a lad and was sowing his oats.’

‘It’s rank. But she’s been an idiot, Mum. She should have known they would do that.’

‘She may have been mad about the boy. I bet she’s feeling very alone now. I think you should give her some support,’ I said.

Later, I treated her to ice cream. She wanted three flavours and sprinkles on top and I think she has forgiven me for the fashion shoot.

Want to read more? Of course you do! Head over to Amazon and grab your copy now: 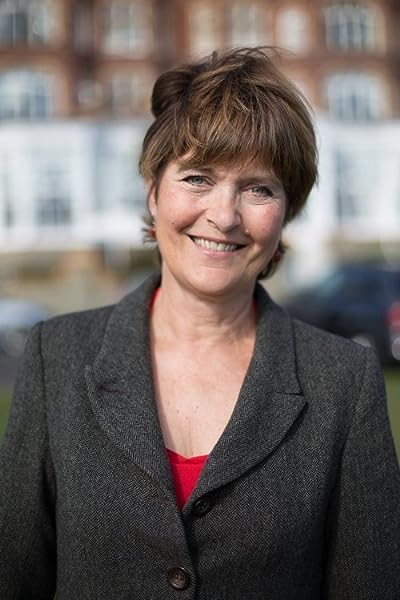 I was a TV producer for 15 years and BEHIND HER BACK and WOMAN OF THE HOUR draw on this experience. The novels explore power abuses in the TV industry. Topical! Behind the glossy exterior of the TV station lurks a predatory boss, a researcher desperate to get an on-air role, backstage intrigues, scandal and huge egos in conflict. It’s the turbulent life of a TV station seen through the eyes of producer Liz Lyon.

My second novel AFTER THE STORM follows an English couple who get on a small boat with two American strangers to sail to an island after knowing them less then 24 hours. It has been described as Marine Noir.

My debut novel THE LIE OF YOU is a portrait of obsession to the point of madness in which a woman tries to destroy her colleague. All are published by Head of Zeus.

I live in Brighton in the UK and am a sea-lover, film and football fan. After my years in TV I was Deputy Director at the British Film Institute, Chief Executive of BAFTA (which was miserable) followed by seven years at the Foreign and Commonwealth Office (which was interesting). I now write full time. I love to hear from readers and you can contact me here:
Twitter: @janelythell
Facebook: Jane Lythell Author
Instagram: jane_lythell_writer
My blog: http://chroniclesofchloegreene.blogspot.co.uk/
I am a member of The Prime Writers group: http://theprimewriters.com/
Author photos by Manu Palomeque and Patrick Tsui.
Author video by Amelia Trevette.