Roger’s debut novel, Psychosis is out today, folks and let me tell you, it’s brilliant! Roger joins me today to shed some light on his main female character, Alice Reed but first, here’s the blurb … 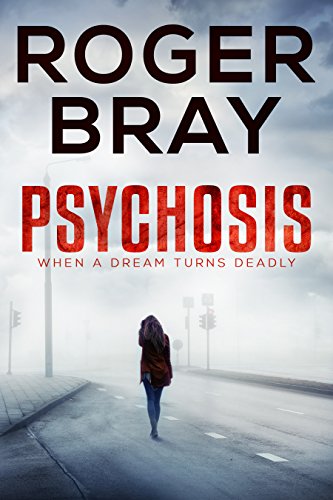 When Hazel disappears, the police are convinced that her husband, Alex, has killed her.
Three years after his conviction for murder, Alex and his sister, Alice, are devastated when their last appeal is rejected by the courts. With nowhere left to turn, Alice must start to put her life back together.
Living in limbo herself, Alice has a chance encounter with Steve, an ex-solider turned PI who offers to look at the case files. Steve is convinced that the prosecution’s case is shaky at best, but can he find out the truth before it’s too late for Alex?

A day in the life of Alice Reed …

Where do they go? Alice Reed is alone, she rarely goes anywhere.  She stays home working in IT; she and her brother started their own IT business building and managing websites but also started to build apps for smart phones .  Since her brother, Alex, was tried and convicted of his wife’s murder, Alice’s life is all about keeping things afloat.  Her life, their business, her sanity.  She was once married but that was a spinning plate she missed and it crashed to the floor.

What do they do?  She goes out as little as possible.  To buy the bare essentials, enough food to get by, enough alcohol to get her to sleep most nights.  The furthest she travels now is an hour up the i5 to see Alex in the State Penitentiary.   When she is not trying to work or feeling depressed she stares at the pile of legal documents on her dining room table, wishing they would help but knowing they didn’t.

Who are they with?  No-one.  Divorced, she doesn’t see her ex-husband, her friends slowly disappeared and the only person she can talk to is Alex.

What do they think? Feel?   How unfair it all is.  She knows Alex is innocent.  If only her parents were alive to talk to, but then this would destroy them.  She couldn’t stand to see the sorrow and sadness in their eyes, suffering as she was.

Why are they doing whatever it is they are doing?  Because she knows Alex is innocent but she has reached the end of what she can do.  Alice knows she needs to rebuild her life, maybe tomorrow.  Tomorrow she decides she will spend some time around the shops in Eugene, maybe go to that little coffee shop at the 5th Street Markets.  She can’t keep going like this…

Want to know if Alice makes it to the coffee shop? Of course, you do!!! Get over to Amazon now for your copy – I promise, you will love this one!