I’ve never started a review by saying I hate an author, but Thomas Enger you are one bad man! How could you? How could you bring an end to this fanbloodytastic series?! 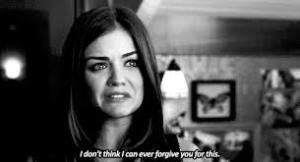 Obviously joking about hating Mr Enger … I love him really, he is amazing, as are his books. I’m just devastated that this series is over, I’ve fallen in love with the characters and his style of writing and I need more!

Anyway, it really is my pleasure to be kicking off the tour for the last instalment in the Henning Juul series with the brilliant The Book Trail blog.

Before I start telling Mr Enger off some more, here’s the blurb … 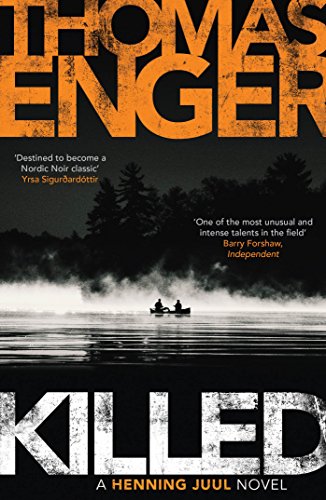 Crime reporter Henning Juul thought his life was over when his young son was murdered. But that was only the beginning…

Determined to find his son’s killer, Henning doggedly follows an increasingly dangerous trail, where dark hands from the past emerge to threaten everything. His ex-wife Nora is pregnant with another man’s child, his sister Trine is implicated in the fire that killed his son and, with everyone he thought he could trust seemingly hiding something, Henning has nothing to lose … except his own life.

Packed with tension and unexpected twists, Killed is the long-awaited finale of one of the darkest, most chilling and emotive series you may ever read. Someone will be killed. But who?

What a bloody book!

Once again, Enger has left me shocked and stunned at the utter brilliance he brings to the pages of his books. He is magic and Nordic noir at its absolute best.

The worst thing about writing this review has to be that I don’t want to talk about the plot. It’s perfect but too complicated to risk spoiling any of it for anyone.

For those who have read the series so far, here’s a hint: YOU’LL LOVE IT!!!!

For those who haven’t read this series so far, here’s a hint: YOU’LL LOVE IT!!!!

Henning is on the brink of getting the answers he desperately needs but with things turning sour everywhere he looks, it is a race against the clock to make sure he knows exactly who is doing what and why! Be still my beating heart, this is so brilliantly paced and thrilling, I was literally sat upright the whole way through and could not put it down. Every chapter leaves you with a desperate need to know more, I can see how Henning was feeling (because he is real … right?!)

Enger has weaved a magical plot to once again leave me breathless, the plot lines coming together in such a sleek and intelligent way it’s impossible to find a single fault. I went through ALL the emotions reading this, seriously, it’s one hell of a rollercoaster and I envy those of you who are still waiting to jump on board, I honestly do.

I have adored every single word of this series and am genuinely gutted that it’s over now. I really am.

Thank you, Thomas Enger … it’s been a pleasure to read about this world you created and the characters you so perfectly developed. I cannot wait to see what else you have in store for us in the future.

My hugest thanks to the author and Orenda Books for this amazing series and for inviting me along on this journey, I’ve loved every second!

If you’ve yet to read this series, please do and do it now! It is beyond brilliant.

Thomas Enger (b. 1973) is a former journalist. He made his debut with the crime novel Burned (Skinndod) in 2009, which became an international sensation before publication. Burned is the first in a series of 5 books about the journalist Henning Juul, which delves into the depths of Oslo’s underbelly, skewering the corridors of dirty politics and nailing the fast-moving world of 24-hour news. Rights to the series have been sold to 28 countries to date. In 2013 Enger published his first book for young adults, a dark fantasy thriller called The Evil Legacy, for which he won the U-prize (best book Young Adult. Enger also composes music, and he lives in Oslo.