So, if you’ve been under a rock for the last week, you may not have noticed that the very lovely Rachel Amphlett has a BRAND NEW SERIES OUT!!!!! And she’s here with me today to introduce her new lead character, Eva Delacourt. Over to you, Rachel …

The whole idea for the English Spy Mysteries series featuring Eva Delacourt came into being on 28 July 2015. I know the date, because I’ve got my notebook here that has all my original sketches and ideas in it from that day!

In my spare time, I was putting the final touches to book three in my Dan Taylor spy novel series, Three Lives Down. I think it had been a particularly difficult day at work – it was a Tuesday, and the State Library here in Brisbane was a short walk from the office, and I wanted to spend an hour doing something creative before catching a train home. I seem to remember that the library café was too noisy, so I wandered upstairs into one of the study areas, and started making the first tentative notes for what became Assassins Hunted.

I didn’t get a chance to do much with the idea, because I published books three and four in the Dan Taylor series in quick succession, and then attended CrimeFest in June 2016. It was on the plane back to the UK for the festival that the idea for the Kay Hunter series formed, and those books took up a lot of my time through to mid-2017.

When I was made redundant in July last year, I made the decision to go full-time as a writer, and that’s when I had the chance to return to Eva’s story.

My books are always character-driven, and the idea that I had for Assassins Hunted is that the character was forced out of hiding because someone has blown her cover. All I had to do then was work out why, and it was often Eva that disclosed this information as the story developed!

Both Eva and Alex were fully formed in my head – the opening scene where Eva’s home is attacked was really quick to write. You know what kids can be like – I knew Alex was going to be the one who started that first scene off. He’s inquisitive – so when the doorbell goes, he naturally gravitates towards the intercom to find out who it is.

Then, all hell breaks loose …

Despite being an assassin, Eva has a fantastic moral code – she’s so loyal to people that are close to her, and will literally lay her life on the line for them. Woe betide you if you get on the wrong side of her, though. As they say, hell hath no fury …

If I had to pick something about Eva, it would be from the perspective of being on the same team as her. She only shares information with people once she knows that she can trust them, and that can make her difficult to work with. She wouldn’t ever put someone’s life in danger. It just means she hands out information in a piecemeal fashion until she knows where she stands with you

Yes, and actually, any initial reservations about the stories came from me. I was quite hesitant about releasing this series in amongst the Kay Hunter books, because that’s what I’ve become known for over the past year or so.

Then I lost my job last year, I obviously have a lot more time on my hands – I was used to squeezing in writing around an eight hour working day, writing on my train commute to and from the office. I spent the first couple of weeks as a full-time writer going through my ideas file and found the beginnings of the concept for the Assassins trilogy – and set to work.

Writing this series acted as a bit of a palate cleanser between finishing Hell to Pay and plotting the next Kay Hunter book, which will be out in March 2018. I actually finished writing the Assassins trilogy the day before I got on the flight to Canada for Bouchercon in October last year. When I got back, and luckily for me, all my beta readers agreed that they loved the stories, and that gave me the green light to let them loose!

Not any one person per se, but I’ve done a lot of research for my spy novels over the years, and I’m sure traces of the real-life characters I’ve come across have flavoured the characters in my books!

That really depends on readers – I loved writing the Assassins trilogy, and I really do like the characters – especially Eva and Decker. I do enjoy writing the spy novels because I get to research different things than I would if I just wrote Kay Hunter books. I am committed to writing and publishing three Kay Hunter books this year, though so I’d have to write more Eva books around those.

I’m keeping my fingers crossed that the English Spy Mysteries are well received by readers though, as there are always dodgy goings-on around the UK and the rest of Europe that I’m sure my team of assassins get involved with!

I think so, yes – although given the body count in the Assassins trilogy it could be a bit dodgy at times!

I have bumped these right to the top of my TBR and will be sharing my thoughts as soon as possible!

Want to know more about Eva? Here’s the blurbs – just click on the covers to get to the Amazon page and see below for details on how you could win the complete trilogy on e-book! 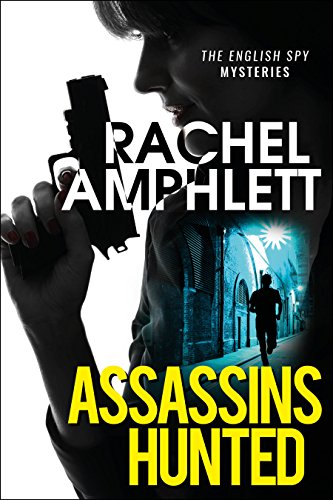 Eva Delacourt has been in hiding for three years after her fiancé was assassinated in cold blood outside the British embassy in Prague.

She thought she was safe.

But someone in the mysterious Section has betrayed her, and now she’s on the run for her life, sworn to protect the six-year-old boy she adores.

Her enemies are closing in, and the odds are not in Eva’s favour. For Eva, the nightmare is just beginning…

Assassins Hunted is the first part in an ongoing story involving Eva Delacourt. The story will be continued in book 2 of the English Spy Mysteries, Assassins Vengeance.

The English Spy Mysteries is a new concept by acclaimed crime fiction author, Rachel Amphlett. Combining fast-paced thrilling reads with episodic delivery in the vein of TV shows 24, Alias, and Spooks, series one is a must-read for fans of Robert Ludlum, Vince Flynn, and James Patterson. 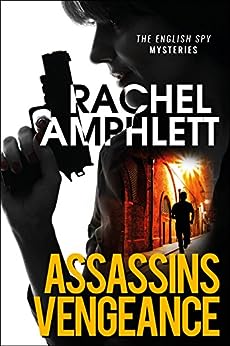 Spies. The best unreliable narrators that money can buy…

Eva and her fractured team are on the run, desperate to find answers and uncover who has betrayed them from within the shadowy government organisation known only as the Section.

Evading assassination in Berlin and Prague, Eva has had time to regroup and try to solve the mystery behind the attempts on her life.

But her enemies are one step ahead of her, eliminating anything and anyone who stands in their way.

Assassins Vengeance is the second episode in an ongoing story featuring Eva Delacourt. The story is concluded in episode 3 of the English Spy Mysteries, Assassins Retribution. 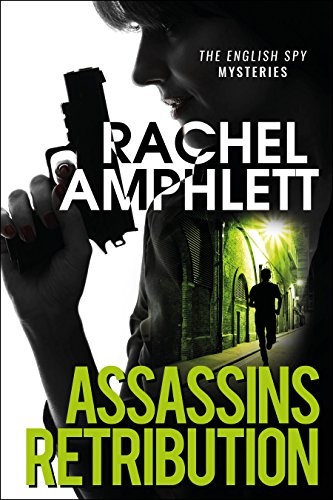 Who spies on the spies?

The net is closing in on Eva and her team, now on the warpath and seeking revenge.

Old alliances are tested, new enemies are exposed, and somehow Eva has to stop a madman unleashing a weapon of terrifying consequences upon an unsuspecting population.

The clock is ticking…

The English Spy Mysteries is a new concept by acclaimed crime thriller author, Rachel Amphlett. Combining fast-paced thrilling reads with episodic delivery in the vein of TV shows 24, Alias, and Spooks, series 1 is a must-read for fans of Robert Ludlum, Vince Flynn, and James Patterson.

To be in with a chance of winning the complete trilogy, click on the image below! Closes on 16 January 2018 and the winner will be contacted by email – good luck!