Today will be sponsored by coffee and matchsticks following my late night reading session of Emily Koch’s debut novel, If I Die Before I Wake. I was sobbing into my pillow at 2.30 a.m. – what a belting read it was!

HOW DO YOU SOLVE YOUR OWN MURDER?

Everyone believes Alex is in a coma, unlikely to ever wake up. As his family debate withdrawing life support, and his friends talk about how his girlfriend Bea needs to move on, he can only listen.

But Alex soon begins to suspect that the accident that put him here wasn’t really an accident. Even worse, the perpetrator is still out there and Alex is not the only one in danger.

As he goes over a series of clues from his past, Alex must use his remaining senses to solve the mystery of who tried to kill him, and try to protect those he loves, before they decide to let him go.

A stunning edge-of-your-seat debut novel with an unforgettable narrator.

I’ve heard of locked in syndrome, I’m sure most people have. It sounds utterly terrifying and Koch brings that terror to the pages of her debut novel, If I Die Before I Wake.

Alex is in a vegetative state. The doctors have convinced his friends and family that he cannot see, hear, feel, or well, anything really. He isn’t there anymore. An accident has claimed him mind and body, it’s quite a miracle that he’s still able to breath alone, but that’s pretty much all he can do for himself.

Alex can hear everything. He can feel everything and he is desperate to make those around him realise that he’s still there, he hasn’t left them at all.

A bit of a slow burner, I wasn’t quite sure where it was going to start with, told purely from Alex’s point of view, we are taken on the journey of his life as he lies in his hospital bed. We see the good, the bad, and the ugly of the NHS, and the frustration of someone who is unable to communicate with the people around him. Not only that, they don’t think he can hear them so there’s no holds barred on some of things people say or do to him.

As we hit the halfway point, things really start to pick up. Alex starts to realise his accident wasn’t an accident at all, but because no one thinks he’s ‘there’, they don’t tell him anything. He has use his fractured memories and snippets of conversations from his various visitors to try and piece together what happened to him, and when he does, he’s launched into a race against the clock to save those he loves before they flick the switch.

If I Die Before I Wake is such an impressive debut novel, it’s shocking. I haven’t cried this much at a book since Louise Jensen’s The Sister.

How Koch manages to keep the reader engaged when there isn’t any action going on is testament to her writing skills, I was completely gripped and literally couldn’t put this one down until I knew what would happen. Would Alex’s family and friends discover the truth in time? Would the police believe that the accident wasn’t an accident? Would the culprit be found? And most importantly … Would they discover Alex was still there in time?

A fantastically unique idea to introduce a group of characters, I have to admit I’m still a little shell-shocked at how much emotion I still feel for them all. Completely captivating, heartbreaking, and definitely one you need to get pre-ordered and add to your TBR folks, it’s a flipping belter!

I cannot wait to see what Koch has in store for us next!

My hugest thanks to the publisher and Netgalley for my review copy. 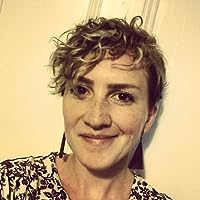 Emily Koch is an award-winning journalist and writer living in the UK. Her debut novel – If I Die Before I Wake – will be published in 2018 by Harvill Secker, an imprint of Penguin Random House.

You can find out more about her and her work at http://www.emilykoch.co.uk