What a fantastic idea this is! I adored Killer By Nature – it’s a little different from a typical audio book due to the sound effects but it is oh so brilliant.

The cast are amazing and it added to the experience as I was able to see the characters as I know the actors from the screen. Mellor and Kelly were wonderful as Winterman and Buckley. Two characters who I loved and related to and I hope that they will be returning in the future.

The plot was slick and although shorter than a book, it worked perfectly. It didn’t feel rushed, I was completely absorbed in the storyline and it was executed brilliantly.

When a body is found, the MO is the exact same as the Playground Killer’s from ten years ago, the only problem being, the Playground Killer – Alfred Dinklage (perfectly acted by the amazing Rob James-Collier) is locked up in a mental hospital. The police have to figure out if this is him, a copycat or, the worst case scenario, they got the wrong man the first time around.

Dinklage is one of the creepiest killers I’ve encountered for a long time! I loved how I hated him, bravo to James-Collier for such a wonderful portrayal of evil!

DI Winterman is new to the force and enlists the help of local forensic psychologist, Doctor Diane Buckley. She begins to build a rapport with Dinklage but then the investigation takes a very sinister turn. Whilst Buckley is trying to break down the walls around Dinklage, her own family is falling apart around her. Can she help catch a killer whilst keeping her family together?

As the tension builds and the body count rises, the team must put aside their differences, and their personal lives, and face a race against the clock to stop one of their own coming to the same fate as the other victims.

You need to get this one, it’s believable and thrilling, captivating and addictive, you will not be able to stop listening!

To get your copy, get over to Audible now! 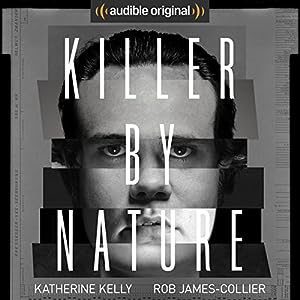 Are we born evil, or do we have evil thrust upon us? This is the eternal question of nature vs nurture at the centre of Killer by Nature, a brand-new psychological thriller from Audible Originals.

Dr. Diane Buckley, a talented freelance forensic psychologist, is drafted in to examine a grisly murder – a body found in a children’s playground. The murder carries all the hallmarks of one of her most famous incarcerated clients, ‘The Playground Killer’ (aka Alfred Dinklage). In a series of intimate 1:1 sessions, Buckley has to race against time to unpick the facts and delve into Dinklage’s often manipulative, complicated mind to understand his past whilst striving to prevent further murders…as someone out there will stop at nothing to complete Dinklage’s work.