Well, I have a very bittersweet review for you today … Caroline Mitchell’s Ruby Preston is back, but it’s the final outing for this amazing team, most notably, my book boyfriend and everyone’s favourite bad boy,  Nathan Crosby (I am sat sobbing in my pillow right now!)

But, before I give you my thoughts, here’s the blurb … 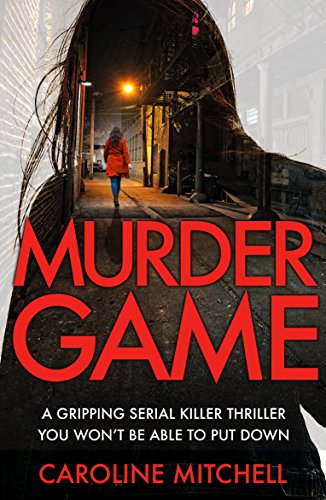 To catch a killer, you must first think like one…

A serial killer is playing a twisted game of life or death with married women. After he captures them, a countdown begins. He marks the time by sending three disturbing images to their husbands: alive, tortured, dead.

When Detective Ruby Preston receives a new photograph of a terrified victim, she must try and work out where she is, before it’s too late.

But this isn’t the first time the police have seen such a sickening crime. The notorious Lonely Hearts Killer, Mason Gatley, was put behind bars ten years ago for murdering six women in exactly the same chilling way.

Desperate for more information, Ruby persuades her boyfriend, Nathan Crosby, to set up a dangerous meeting. But will the dark and charming Mason Gatley really help her catch the killer before someone else dies? Or will Ruby be the next victim?

An utterly addictive and unputdownable crime thriller, packed with twists until the final page. If you love reading Angela Marsons, Rachel Abbott and Peter James you’ll be hooked by this book.

I waited AGES for this one to come out – as with all Bookouture crime books to be honest – and it did not disappoint!

Ruby Preston and the team are back and they are against the clock more than they ever have been before, thanks to the copy-cat murders that are taking place across the city. There is nothing to find fault with, as always with Mitchell’s work. She doesn’t faff about, doesn’t bore us with unimportant words and that makes for a much more enjoyable read when it comes to her books because you know that every word matters.

The team are on the hunt for a murderer who is already behind bars. Bit of a hard one that is! Not one for using her family ties to help her at work, Ruby ends up having to face the fact that perhaps Nathan’s connections are the only way she is going to get the answers they need to catch one of the worst killers they have had on their patch for years and when he comes through for her and gets her in front of the notorious Mason Gatley, Ruby is in a situation she has never imagined she would be.

Now, as much as I loved this book, it really is brilliantly written and ticks all the boxes, and a few more, when it comes what you need and want in a superb police procedural. Mitchell knows her stuff and it shines through in her writing, I am also pretty devastated that this is the last instalment of the Preston/Crosby series that we have all come to love so much.

Mitchell is now with Thomas and Mercer publishers and so this series is now finished. What a shame! Obviously it’s great news for the author, she is doing what is right for her and had left us with no cliff-hangers wondering what the hell happened with the various storylines that we have devoured over the last three books. It feels very strange writing this, three books, it feels like so many more! I adore this team and was going to marry Nathan (HE IS REAL!!!!!).

As always, Mitchell weaves a wicked web of lies and deceit that will keep you gripped and stuck to the pages until you have devoured every single word!

But panic not (mumbles through my paper bag whilst hyperventilating), Mitchell will be back in the New Year with her new protagonist, DI Amy Winter and I cannot bloody wait!

This review should have been part of the blog tour for this book which was organised by the lovely Noelle over at Bookouture but personal circumstances prevented me from taking part, so the hugest of thanks for bearing with me on this one!

If you haven’t been lucky enough to read this series yet, do it and do it now! 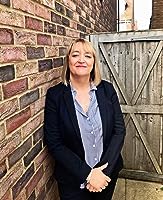 Originally from Ireland, Caroline lives with her family, parrot and two dogs in a pretty village on the coast of Essex. A former police detective, Caroline has worked in CID and specialised in roles dealing with vulnerable victims, high-risk victims of domestic abuse, and serious sexual offences. Published by Bookouture and Thomas & Mercer, she now writes full time and all her books have become number 1 best sellers in their categories.

Caroline also writes psychological thrillers, the most recent, Witness, has been described as “thrilling, tense, exciting, dark and twisted in the best possible way”.

Sign up to join her Reader’s club for access to news, updates and exclusive competitions and giveaways. http://eepurl.com/IxsTj