I am delighted to be handing over the blog to author Natalie Martin today as she shines the spotlight on the characters from her novel What Goes Down.

Over to you, Natalie, please introduce the character …

Seph Powell is a twenty-seven year old artist, living in north London with her boyfriend, Ben. She rides a bicycle, favours flats over heels and always has her hair up in a scruffy bun. She’s relatively average, a kind of ‘every-woman’ type who finds out the man she’s always called Dad isn’t her father at all and then things get a bit stressy to say the least!

At first, Seph was Susie – blonde and athletic – and a teacher. She came to my mind while I was visiting my boyfriend’s family in southern Bavaria, Germany. But as time went on, she changed into Seph and I like her much better. She’s an average girl with average problems…in the beginning, at least!

I guess I wrote Seph to fit the book. Her mum, Laurel, felt like the main character for me at first, because I knew her so well, right from the start. Seph was different. I really had to get to know her over time – who she was, what she does and doesn’t like, who she votes for, whether she’s a bus or bicycle type. It’s always like that with one of my protagonists.

Seph feels things really deeply, and I like that. I particularly like her connection to art. There’s a section where we find out why she loves it so much, that it became her heartbeat after a period of deep grief. I loved that.

I don’t like her stubbornness and she’s pretty sulky. But I’m much the same so the less said about that the better!

Oh, I changed Seph *heaps*. My writing buddies gave me early feedback that I had to make her more likeable. I always write unlikeable characters and first and then have to give them some heart. It was tricky with Seph though, because she’s supposed to be unlikeable until we know that she’s struggling mentally.

Apart from my sulky, stubborn tendencies, she actually doesn’t. She’s the first character who I’ve tried to make completely fictional, with no real-life inspiration as such. It makes the process so much more fun, I think!

My future vision for Seph, is that she lives a happy life. Her time in What Goes Down is so emotionally and mentally turbulent, that she needs it. In my mind, she gets her happy ending and lives quite a normal, unremarkable life into old age.

I think so, yes. She’s not loud and brash and not quiet either. I imagine we’d have nice, long girlie chats over a huge bowl of pasta and red wine. The best way to spend time with friends!

Thank you so much for this, Natalie! Seph sounds like my kinda gal!

If you’d like to find out more about her, you can get your hands on a copy of What Goes Down now! Here’s the blurb … 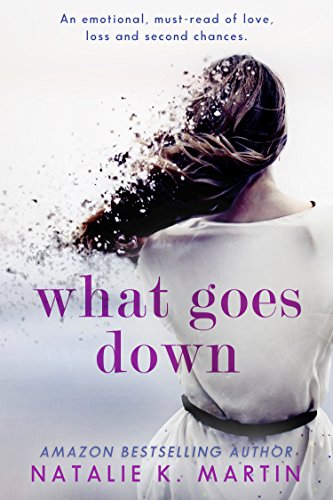 An emotional must-read of love, loss and second chances. Perfect for fans of Amanda Prowse and Julie Cohen.

Seph Powell has all she ever wanted: a close family, loving boyfriend and her dream career. A gifted artist with a highly anticipated exhibition just weeks away, life seems to be perfect. Until a man she’s never met claims to be her real father.

Laurel and Tony Powell are devoted parents. Having worked hard to provide everything for Seph, they’ve created a picture-perfect family. Until Laurel’s ex-boyfriend, Nico, comes back into their lives.

In the summer of 1987, Nico Papoulis stole Laurel’s heart with promises of adventure and excitement. But then he disappeared without trace, leaving her as a single, teenaged parent. Now, twenty-five years later, he’s back and keen to meet the daughter he left behind.

But Nico’s sudden reappearance shows that nothing is quite as it first seems. As long hidden truths are exposed, everything Seph thought she knew begins to unravel, and the one person who can help her the most is the very person Laurel has tried so hard to protect her from. 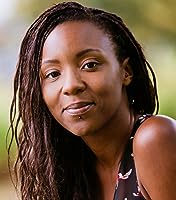 In January 2014, Sheffield born Natalie Martin decided to leave her corporate job in London and experience the world – heading off on travels that would take her as far as Cambodia, North India, Goa, and Thailand, and would change her outlook on life for good. Whilst travelling in India, her debut novel Together Apart, became a No.1 bestseller on Amazon charts. Love You Better, her second full length novel, also became a bestseller on release in October 2015.

Natalie’s base is in London but she is very much a modern day nomad, never quite knowing where she’ll end up next. A trained Yoga instructor, Natalie is still traveling and indulging in her three loves: writing, yoga and surfing.