Skip to content
I’m delighted to be sharing my review again of Saving Sophie by Sam Carrington – it’s a belter of a debut guys!!!

Avon (12 Aug. 2016)
The Blurb . . .
A teenage girl is missing. Is your daughter involved, or is she next?
Your daughter is in danger. But can you trust her?
When Karen Finch’s seventeen-year-old daughter Sophie arrives home after a night out, drunk and accompanied by police officers, no one is smiling the morning after. But Sophie remembers nothing about how she got into such a state.
Twelve hours later, Sophie’s friend Amy has still not returned home. Then the body of a young woman is found.
Karen is sure that Sophie knows more than she is letting on. But Karen has her own demons to fight. She struggles to go beyond her own door without a panic attack.
As she becomes convinced that Sophie is not only involved but also in danger, Karen must confront her own anxieties to stop whoever killed one young girl moving on to another – Sophie.
A taut psychological thriller, perfect for fans of The Girl on the Train and I Let You Go.
My thoughts . . .
THE best thing about being a book reviewer/blogger is getting my hands on one of those books before anyone else (apart from other lovely fellow bloggers) which make me want to scream from the roof top “Thank God for authors and their creative genius!” Those rare ones which make you talk about it like you wrote it yourself, and tell everyone within earshot that no matter what else they do, they need to have this pre-ordered or be stood outside Waterstones four days before publication day like a One D fan at a concert venue.
Saving Sophie, the DEBUT novel – yes that wasn’t a typo it really is Sam Carrington’s first book – is another one of those books (you’ve all heard me and still do hear me going on about the brilliance of Louise Jensen’s The Sister like a stark raving lunatic, well sorry but I’m about to go full maniac on you with this beauty around too!) that once you have read it, you immediately want to start it again. You get that book hangover, that immediate sense of “Now what do I do?” and this is heading to straight to that particular pile.
The ones we NEVER forget and I can’t believe I have been lucky enough to have two land in my kindle over the last couple of months.
We start by meeting a drunken teenage girl, Sophie, who has had to be escorted home by the police after they found her wondering the streets at night. Sophie’s mum, Karen, immediately knows something isn’t right and begins to probe, realising that there is so much more going on than a few too many vinos.
Then, one of Sophie’s friend goes missing, Sophie had been rambling some drunken nonsense about said friend to Karen the night before, was she involved? Or is she in danger? Karen doesn’t know, but what she does know is that she will do anything to protect her daughter.
This is a remarkably written book, it is such a cliché for us reviewers but it genuinely grips you from the start, it takes hold of you and completely draws you in. I connected with every single character in this, Karen is exactly like the mother I’d like to be and Sophie is the daughter I know I was (and no, I’m not looking forward to my own two girls turning into stroppy, secretive, drunk teenagers!). Sophie is so torn between her loyalty to her friends, her own self preservation, and her mothers’ suffering and all those feelings jump out of the pages and make you love this lost little girl.
This is a psychological crime thriller in every sense of the words, but one thing that really stood out for me was that there is a clear police involvement, but it’s not the focus. It was a really refreshing change to have the police playing the parts of “additional” characters for a change, the focus being primarily on Sophie, Karen, and their friends. That’s not to say the police weren’t important or didn’t play a part, far from it, they were just as terrifically written as everyone else.
The story is told in chapters depicting a different characters situation at the same time as another’s, I really loved that Carrington kept us in the loop with what everyone was up to at the same time (yes I know that doesn’t make sense but it will WHEN you read it! – it’s not always easy to explain things on paper [screen] you know!)
The fact is, just like Jensen did with The Sister, Carrington has absolutely nailed it with her debut novel, this is one of the most fast paced, plot twisting, edge of your seat, heart stopping, blood freezing books I have ever had the pleasure of reading, I didn’t want it to end – my heart is still pounding!
If you haven’t already, pre-order it or get your sleeping bag ready for a night outside Waterstones (other good book shops are also available) to grab your paperback hot off the press!
(updated 11.10.17 – it now available now by clicking the link below!)

This an absolute must buy and I am utterly excited to see what else Carrington has for us in the future.

(updated 11.10.17 – Carrington’s second novel is out now, Bad Sister is utterly brilliant and you can read my review here)

I would like to thank the author (a million times), publishers, and Net Galley for providing me with an advanced copy in exchange for my honest review.
About the author . . . 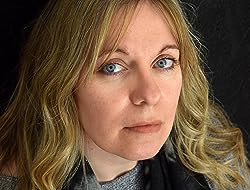 Sam Carrington lives in Devon with her husband and three children. She worked for the NHS for 15 years, during which time she qualified as a nurse. Following the completion of a Psychology degree she went to work for the prison service as an Offending Behaviour Programme Facilitator. Her experiences within this field inspired her writing. She left the service to spend time with her family and to follow her dream of being a novelist. SAVING SOPHIE is her debut psychological thriller novel.