It’s my stop on the blog tour for Fiona Curlew’s novel Dan Knew today and I have a great guest post from the author to share with you … Over to you, Fiona.

There are a lot of us. People who have been abused by those who are supposed to love us. People who have suffered from the side-effects of addiction. We are charmed by the sociopath, the narcissist. Then we are beaten down by vicious comments, snidey remarks, quiet asides that others don’t hear or don’t understand. But we are cut and each wound takes a little bit more away. The person we were. The person we want to be. The person we deserve to be. That person is snipped at, reduced, crippled. That was me.

Yes, I have had an unusual life. I’ve lived in some fascinating places, experienced life and taught in post Soviet countries. “You should write a book about your travels,” has been a regular comment. I had dabbled when I was studying creative writing at the Open University. There was a life writing module and I had written some short stories – extracts of my life if you like. A sort of travelogue/life writing experiment. The work had been well received but I had skirted my marital issues. There was a bigger story to tell but I didn’t want to go back there and relive it all. The abuser had simply been left out, as if he had never been a part of my life. That suited me just fine!

I was walking my dogs, sharing histories with a fellow abuse escapee, when the topic came up. “You should write a book.” She suggested distancing myself from it by writing about my travels through the eyes of one of my dogs. What a good idea, I thought, and put it on the back burner. I was enjoying writing fiction for now but one day, maybe…

Then Wee Dan died. My world fell apart. He was the dog I had adored. The one that had been by my side through everything and I didn’t even get the chance to say goodbye. It was awful. There are no words. I started to write about him. I couldn’t do anything else. And it poured out of me. His story, in his voice.

I always read aloud what I’ve written. It helps to make sure words flow, dialogue is realistic, everything works. And here I was reading in Dan-speak – his words, his voice, his feelings, him. It was so therapeutic. So necessary.

The manuscript went off for editing and I felt bereft. This was very, very difficult. My escape from reality, my connection with Dan had left me and the heartache took centre stage again. I was desperate to have it back. To be writing, immersed in what had been. Keeping him with me.

My story came back, along with the comments. There wasn’t enough about what was going on in the life of the humans. I had to go back there, remember conversations, events that I would rather have left buried, forgotten. It was difficult but it was Dan’s story, not mine, and that maintained that distance. Yes, memories crept back and some of them hurt, but there were also so many dog memories. Beautiful things that I could well have forgotten about are now permanently bound in the pages of a book. That’s a bit special, isn’t it?

As for the catharticism of writing about the dark things? Yes, of course, a burden was lifted as I wrote about the abuse and the fear. There was also guilt sneaking its way to the forefront again. How could I have allowed that to happen to my daughter? To my animals? But it was what it was and I have shared it with the world. Terrifying? Yes! But I know there are millions of others who have similar emotional baggage and will understand. Perhaps share a nod as they read. “Yes. Been there, done that, survived.” Or better still, “Yes. That’s me. I need to do something about this.”

A Ukrainian street dog is rescued from certain death by an expat family. As he travels to new countries with them a darkness grows and he finds himself narrating more than just his story. More than a dog story. Ultimately it’s a story of escape and survival but maybe not his.
The world through Wee Dan’s eyes in a voice that will stay with you long after you turn that last page. 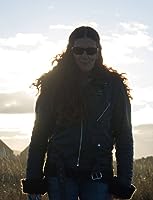 Fiona dropped out of school aged 15, because being the consummate rebel, she hated it! After becoming a single parent she decided to return to education, graduating in 1996 with an honours degree in primary education. Ah, the irony!
As soon as she graduated she packed everything she owned into her Renault 11, including her daughter, two dogs and a cat, and headed off to Estonia to become an international school teacher. After fifteen years of teaching, predominantly in Eastern Europe, she returned to the UK and had a battle with a particularly nasty cancer, which she won.
She now lives on the east coast of Scotland with a rescued Ukrainian street mutt (heavy sigh – now deceased…), a rescue Black Lab and Springer Spaniel and a Portuguese cat who doesn’t like the weather!
‘To Retribution’ was her first novel. The semi-biographical, Dan Knew, her second.