Dead Girl’s Can’t Lie is a taut and emotional thriller and I am delighted to be on the blog tour to help share the book love for this one! 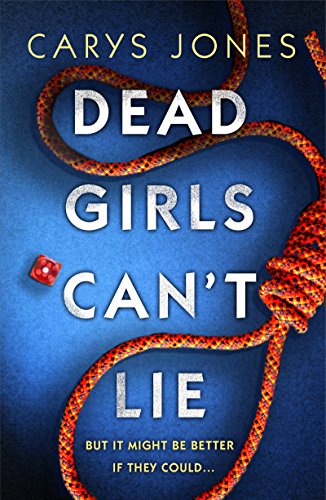 Best friends tell each other the truth – don’t they?

When North Stone’s best friend Kelly Orton is found hanging lifeless in a tree, North knows for certain it wasn’t suicide. Kelly had everything to live for – a loving boyfriend, a happy life, and most importantly of all, Kelly would never leave North all by herself.

The girls have been friends since childhood, devoted to each other, soul sisters, or at least that’s what North has always believed. But did Kelly feel the same way, or was she keeping secrets from her ‘best friend’ – deadly secrets…

When the police refuse to take North’s suspicions seriously, she sets out to investigate for herself. But her search soon takes her to a glamorous world with a seedy underbelly, and before long North is out of her depth and getting ever closer to danger. Determined to find the truth, she soon wishes that dead girls could lie, because the truth is too painful to believe…

Jones has once again brought us a wonderfully written thriller.

When North Stone’s best friend, Kelly, is found hanged in the local woods, North is adamant that she was murdered, unfortunately, she’s the only one who feels this way.

North has a history of heartache following the disappearance of her parents at sea when she was younger so when she tries to voice her opinion that there has been foul play, no one thinks much of it and stick with the

A tightly paced novel that takes place over a short period of time in the present, but delicately takes us back to the building of the relationship between North and Kelly through a series of flashbacks.

For me, this book was about the friendships that define us. They can be all consuming as we grow up and the lasting effects of these relationships are so deeply felt that you can never really get over them if they end for any reason.

North and Kelly had known each other forever, they were true soul mates, closer than some sisters, or so North thought.

I absolutely love it when an author lets us know the culprit fairly early on, it makes for such an intriguing read as to whether they will be brought to justice and Jones pulls this off really well. As North starts to tries to prove that she isn’t just a heartbroken, sleep deprived crazy lady, the tension starts to mount and the flashbacks show that perhaps all isn’t as it seemed at the start.

North made me quite emotional, she is quite a deep character with such a lot going on and with no support, I had a few moments with a lump in my throat.

Kelly was a little harder to like, but perhaps that’s because I liked North so much and Kelly seemed to take advantage of her as they were growing up.

All in all, Dead Girls Can’t Lie is a taut and emotional thriller that will keep you hooked and turning the pages.

My thanks to the author and the publisher for my review copy.

You can go and grab your copy now: 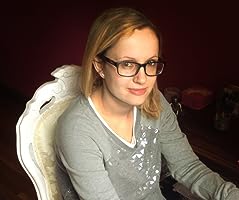 Carys Jones loves nothing more than to write and create stories which ignite the reader’s imagination. Based in Shropshire, England, Carys lives with her husband and her adored canine companion, Rollo.

When she’s not writing, Carys likes to indulge her inner geek by watching science- fiction films or playing video games.

She lists John Green, Jodi Picoult and Virginia Andrews as her favourite authors and draws inspiration for her own work from anything and everything.

To Carys, there is no greater feeling than when you lose yourself in a great story and it is that feeling of ultimate escapism which she tries to bring to her books.