My first novel The Room By The Lake is about a sharp, troubled young woman who is drawn into a cult. That’s what I say when people ask me what the book is about – but what the book is really about is mental illness, the specific burden of having it in your family history, and the consequent anxiety that can become a self-fulfilling prophecy.
Several years ago, I shared a conversation with a friend – let’s call her Jane – who told me that she felt cursed. When Jane was young, her mother was diagnosed with paranoid schizophrenia; a vicious form of it that left her more or less unable to function, periodically
convinced that the devil was possessing either her or her children. Jane grew up always keeping one eye on her mother and another on her own mental state, convinced on some level that the hallucinations and terrifying delusions that plagued her mother would also
take hold of her eventually. Now in her late twenties, she had spent more than a decade monitoring herself, and she was exhausted.

“There’s no such thing as ‘just a bad day’,” she told me. “If I feel low, or anxious, or if I see something out of the corner of my eye, I can’t just brush it off, because there’s always the possibility that it’s not just an isolated thing. That it’s the beginning of something.” One statistic that always lingered in her mind was that the average age of schizophrenia onset is later in women than men, meaning she wouldn’t be out of the woods for years. During a recent period of insomnia she’d become especially anxious, remembering how her mother would go for days without sleep while psychotic – there’s nothing like sleep deprivation to
make you feel as though you’re losing your mind.

Jane’s fears chimed with my own experience (there’s a history of mental illness in my family too), and I realised that I hadn’t seen this particular kind of anxiety explored much in fiction. Years later, I was in the early stages of developing this story about a cult, and realised that my protagonist needed to be defined by this anxiety. In allowing herself to be swept up by the cult – she’s putting herself in an environment tailor-made to play on her worst fears.

Good drama comes from events that reflect some internal part of the lead character, forcing them to confront or change something within themselves. I spent a long time researching the mind control tactics employed by many cults; the ways in which they gaslight their members, destabilizing their environment, making them doubt themselves
and therefore depend more on the group. Caitlin is an unreliable narrator, but only because she is driven to doubt her own memories and her own grip on reality; the arc of the book is really her taking back control of her own mind, and finally understanding that
she’s not powerless and she’s not doomed. More than anything else, I hope that her story will resonate with people who face that struggle in everyday life.

Thank you so much for sharing this with us, Emma. 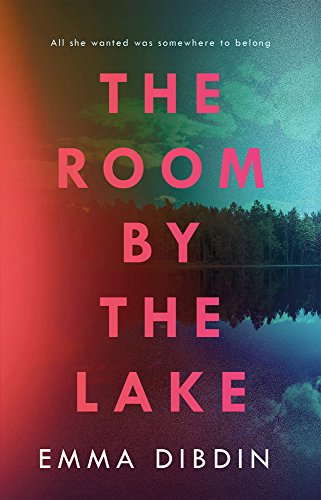 When Caitlin moved from London to New York, she thought she had left her problems behind: her alcoholic father, her dead mother, the pressure to succeed. But now, down to her last dollar in a foreign city, she is desperately lonely.
Then she meets Jake. Handsome, smart, slightly damaged Jake. He lives off-grid, in a lakeside commune whose members practise regular exercise and frequent group therapy. Before long, Caitlin has settled into her idyllic new home.
It looks like she has found the fresh start she longed for. But, as the commune tightens its grip on her freedom and her sanity, Caitlin realizes too late that she might become lost forever…

Do make sure you follow the rest of the tour: